One of the more popular soundtrack albums for a Stewart film was 1965’s Shenandoah. 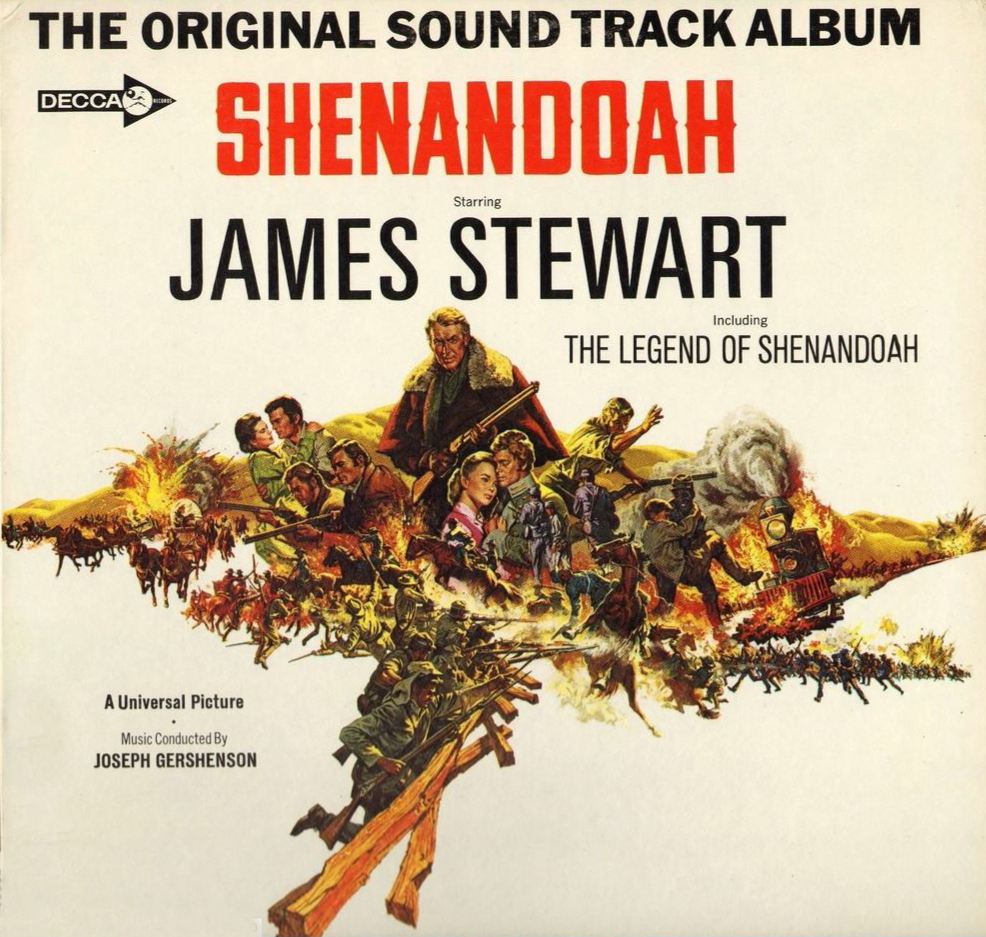 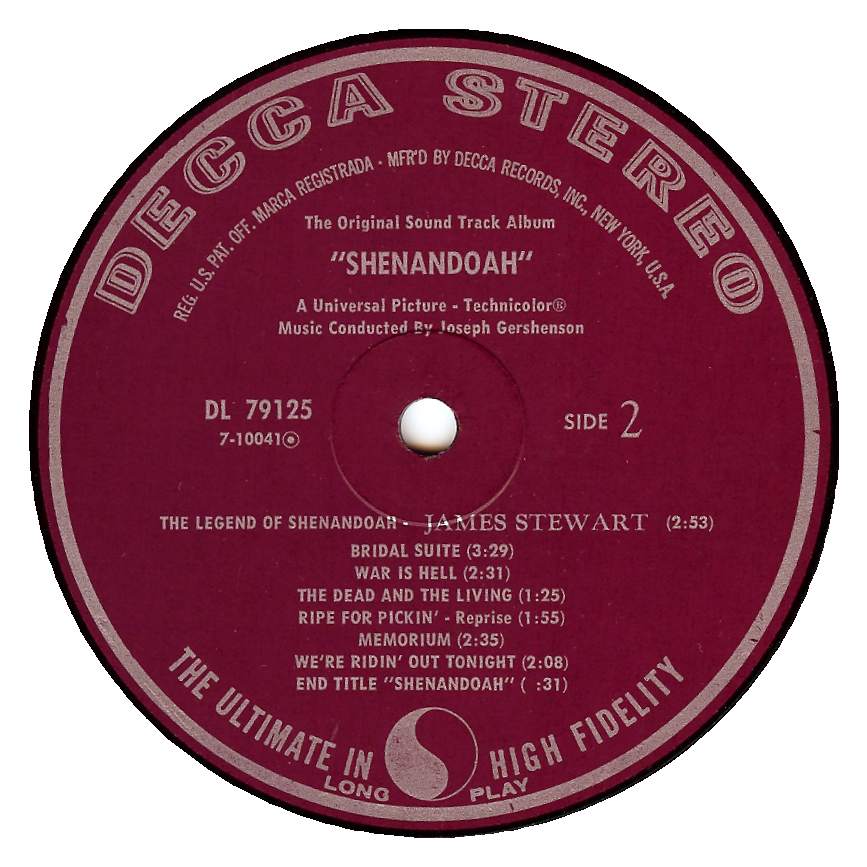 The soundtrack was also issued as a reel-to-reel tape: 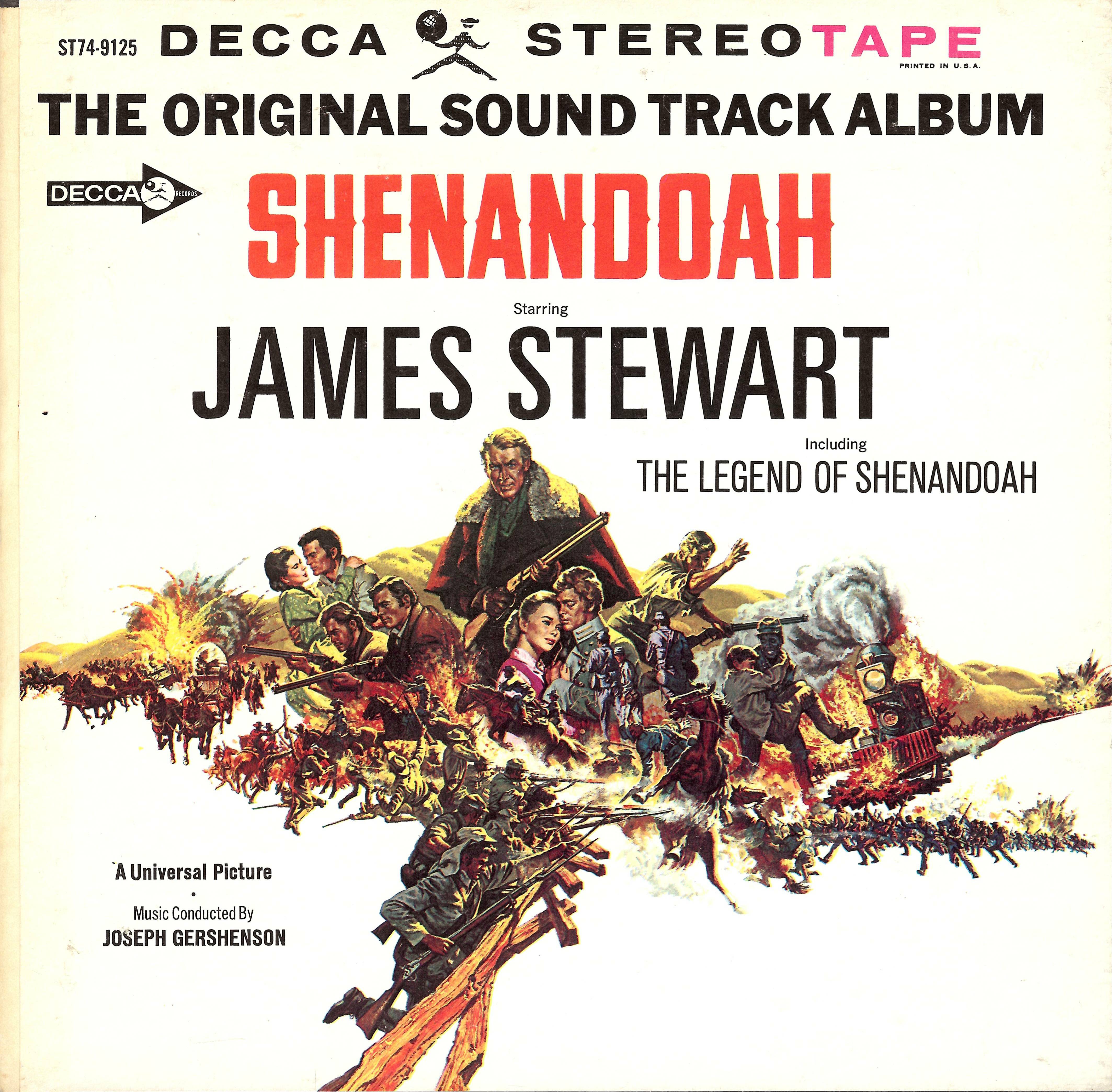 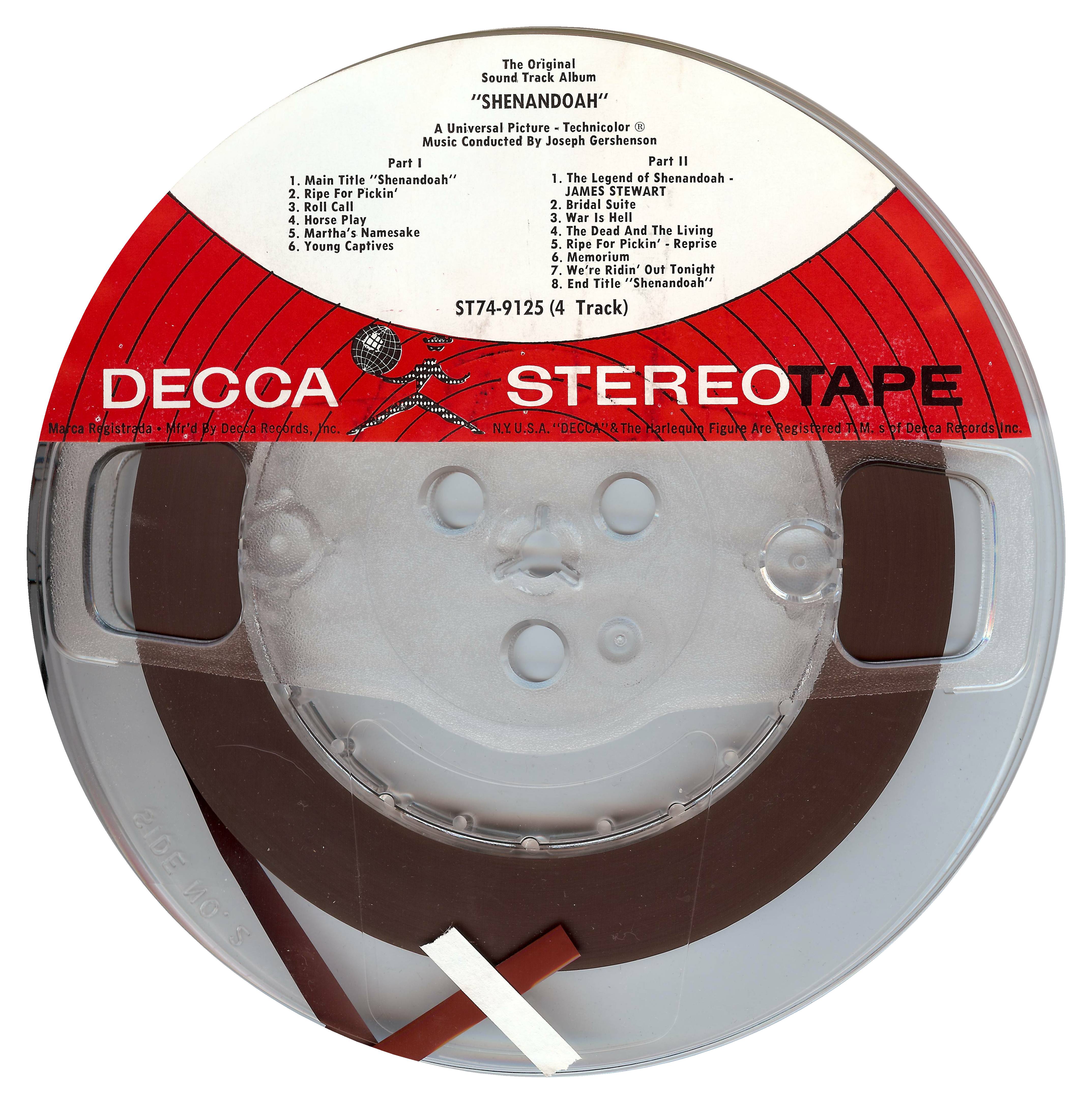 Except where noted, all of the music was composed by Frank Skinner and conducted by Joseph Gershenson. Charles “Bud” Dant produced the album. The tracks included were:

The album was reviewed in the August 14, 1965 edition of Billboard:

On August 28, 1965, Billboard listed in its “Breakout Albums” section, but it took more than another month before it made the chart. 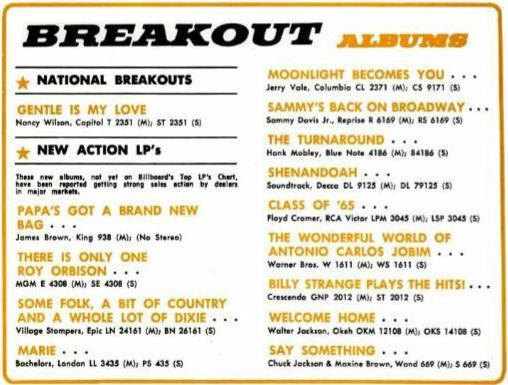 The album entered the Billboard chart on October 9, 1965 at #150. The following week it was #147 and then it dropped off the chart, never to return.

Two of the songs from the soundtrack were lifted for a single released with a picture sleeve: 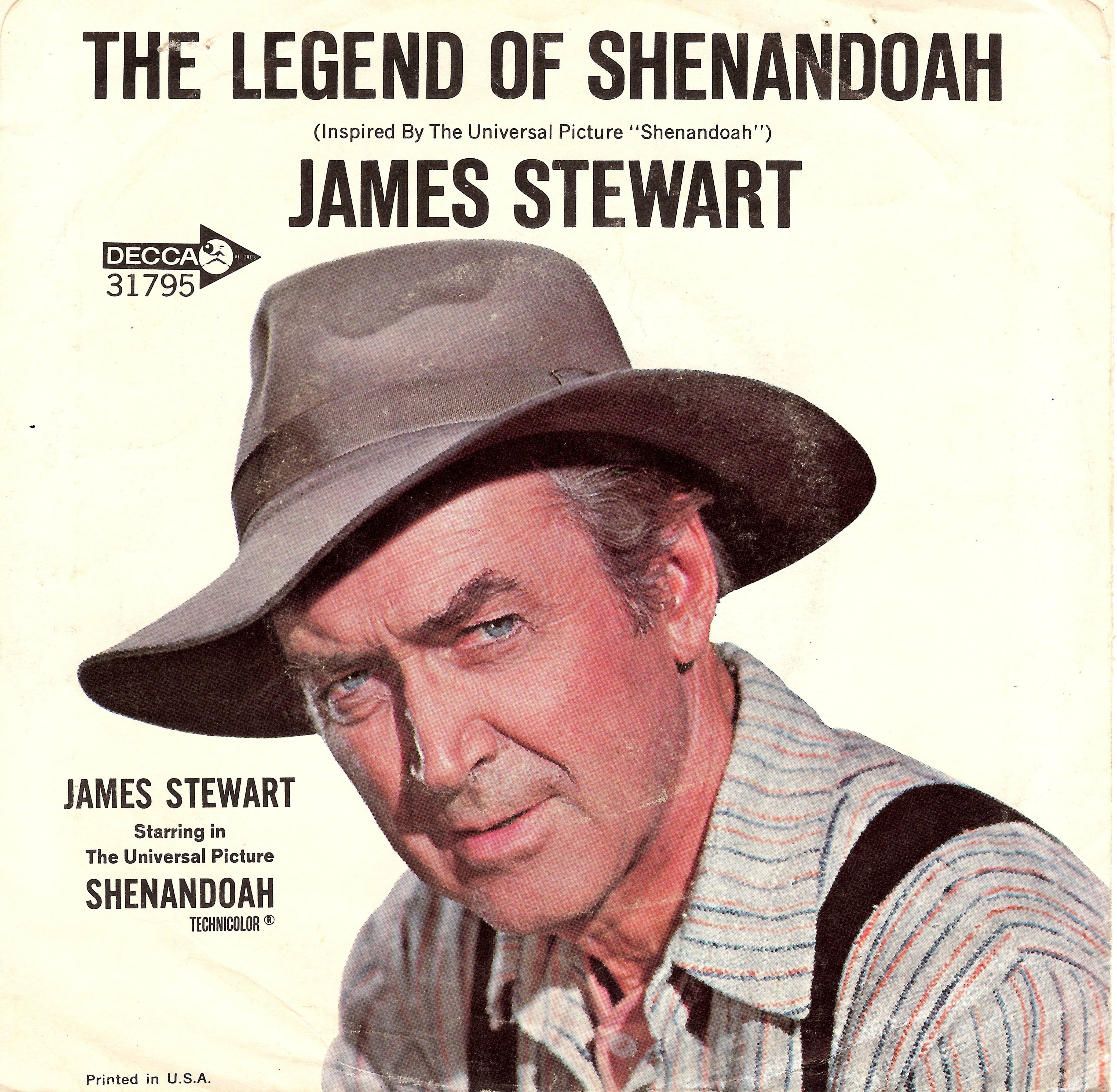 The design of the promo label is different than the commercial copy. 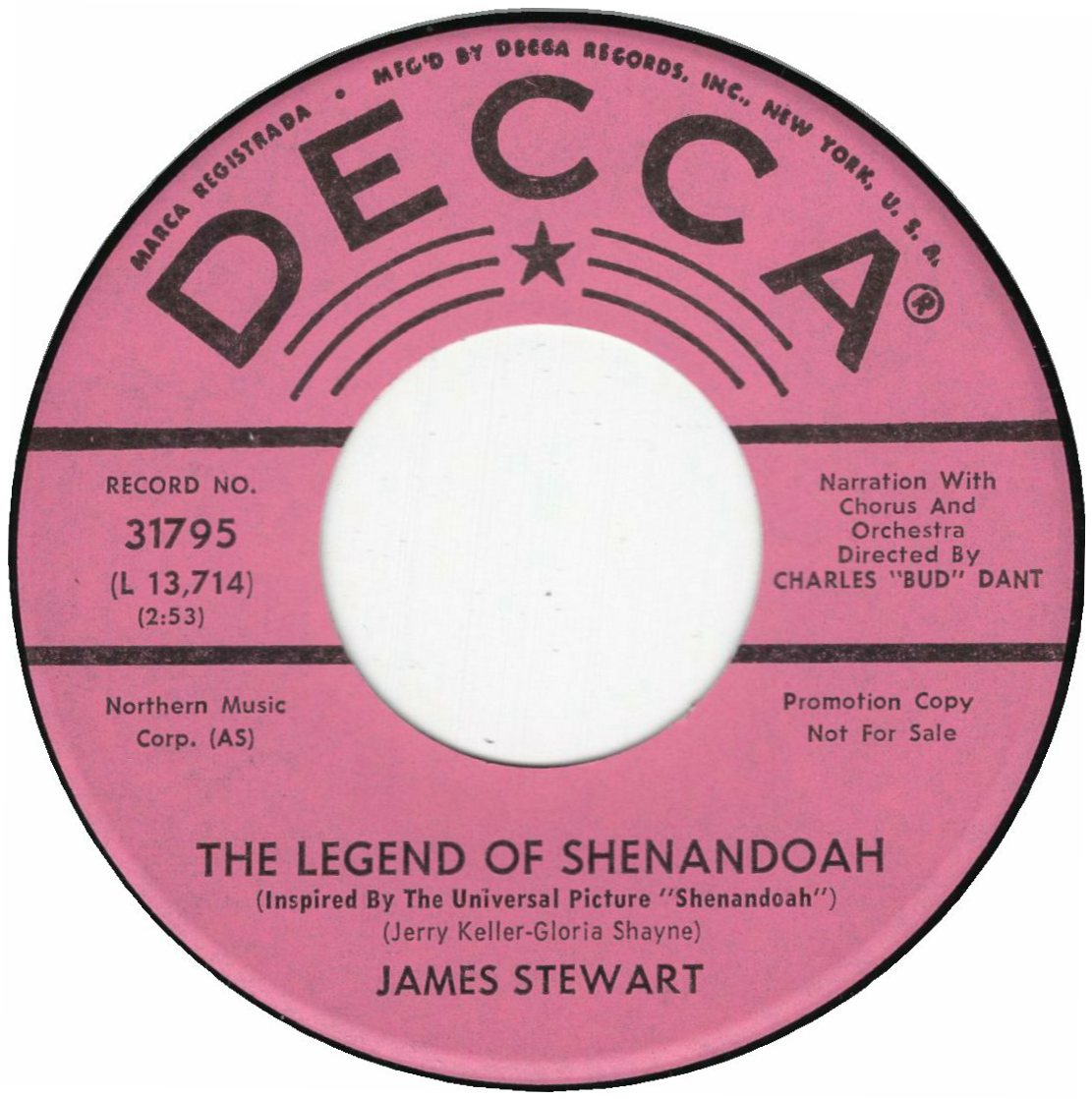 The Legend of Shenandoah featured Stewart doing a dramatic reading over a musical background. It had been recorded at United Recorders, Hollywood, on the morning of April 23, 1965. Besides Stewart, those involved included:

Robert Bain – guitar (Bain had worked with Stewart before. He appeared, as a guitar player, in the June 3, 1954 episode of The Six Shooter, a radio series in which Stewart starred.)

The single was listed in the “Breakout Singles” chart for the Dallas-Fort Worth area in the July 17, 1965 issue of Billboard. 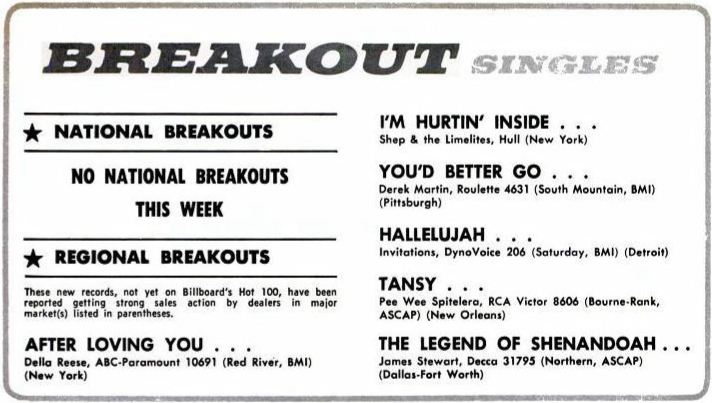 The other important music magazine of the time, Cash Box, had a chart called “Looking Ahead” and the single made that chart for just one week – July 17, 1965 at #144.

Although the single failed to chart on any of the Record World charts, it was mentioned by some of the radio stations reporting to that magazine, including this one from KCKN, Kansas City. 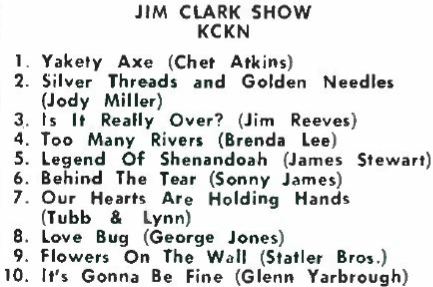 Sheet music was also available for the song and Stewart’s photo appears on the cover: 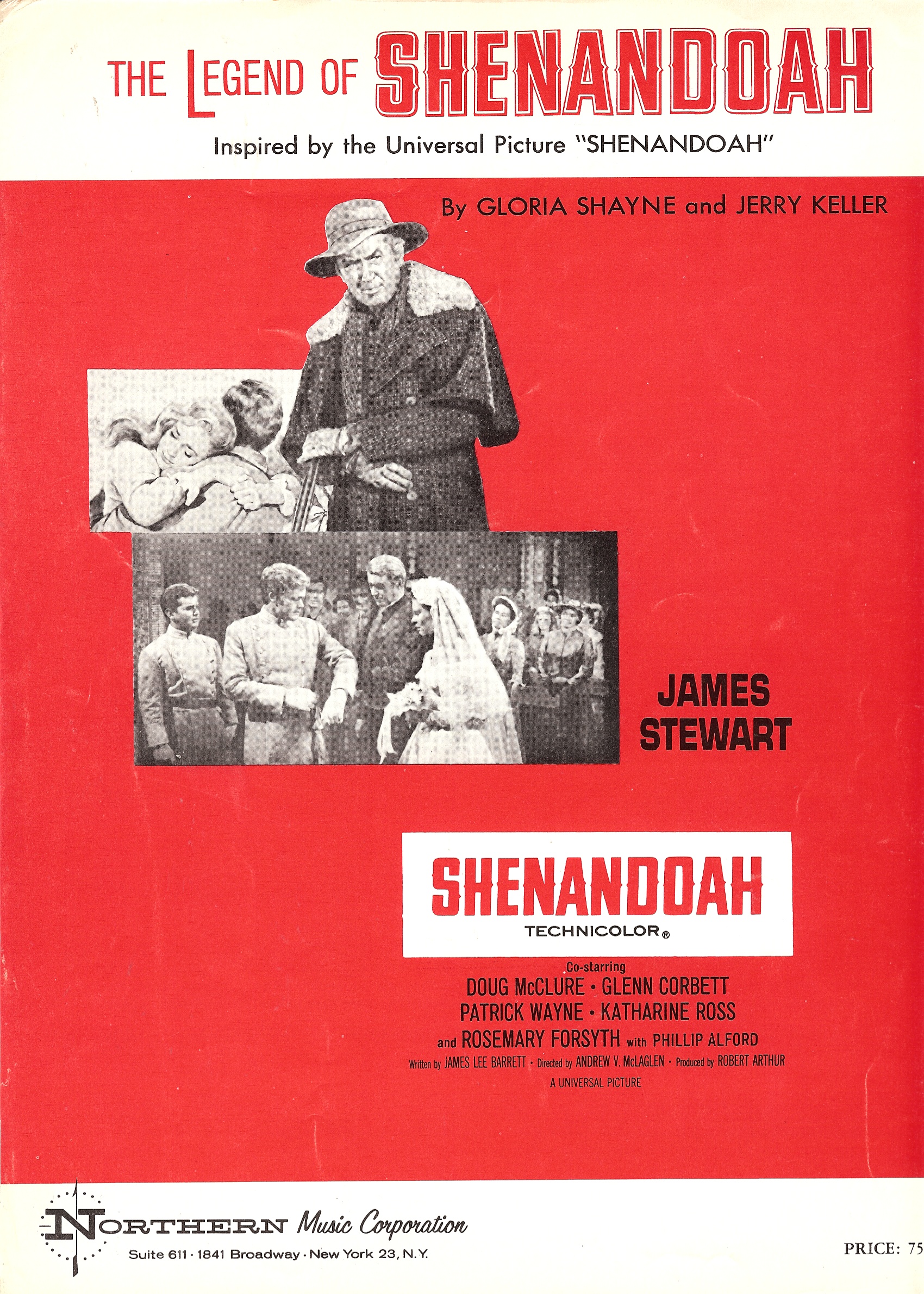 Two separate updates for the single, The Legend of Shenandoah. First, here are scans of several local radio stations showing the single’s status. This one, from KFJZ, Fort Worth, TX, shows the 45 rpm as a “King Z Klimer.” 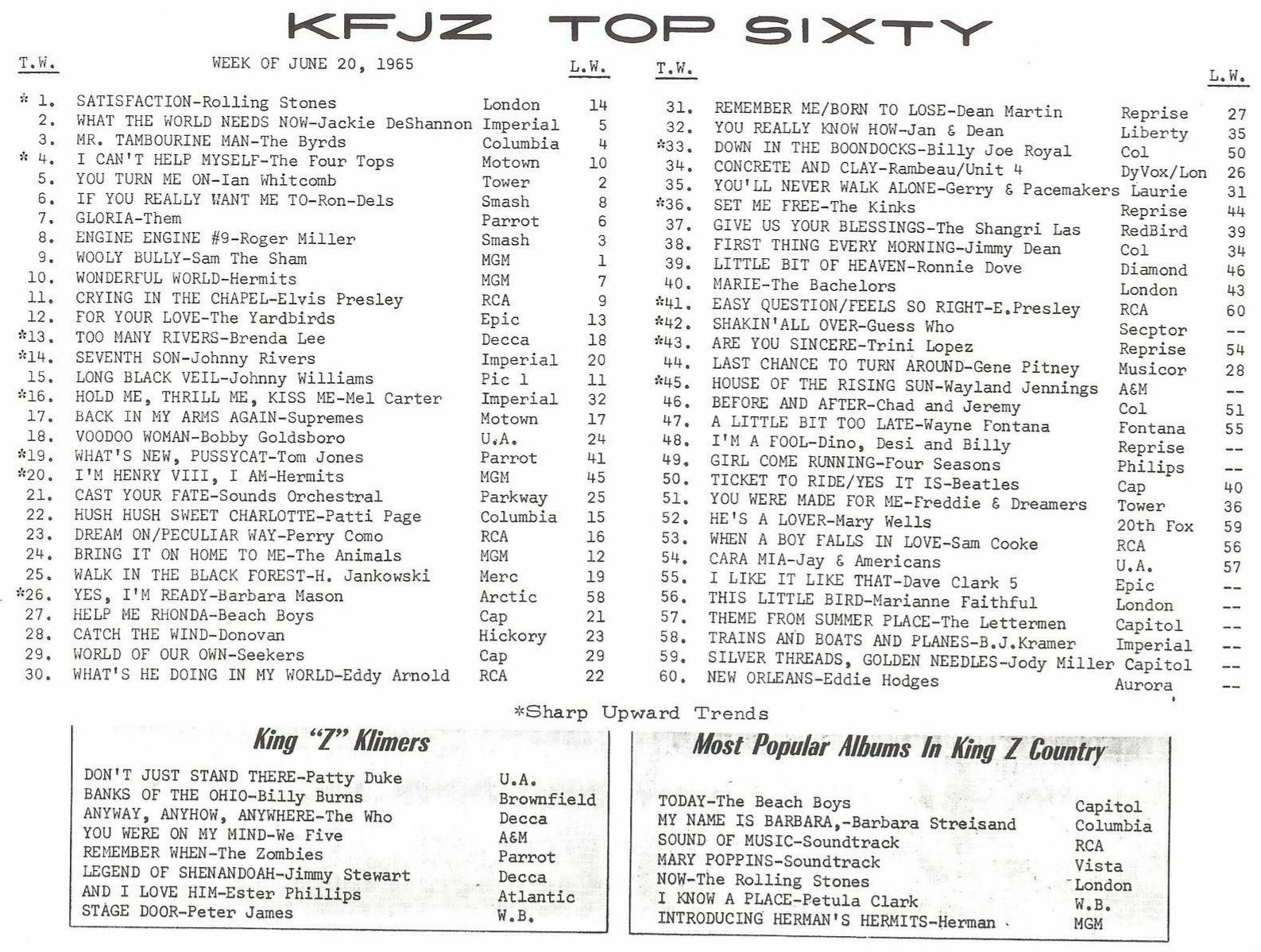 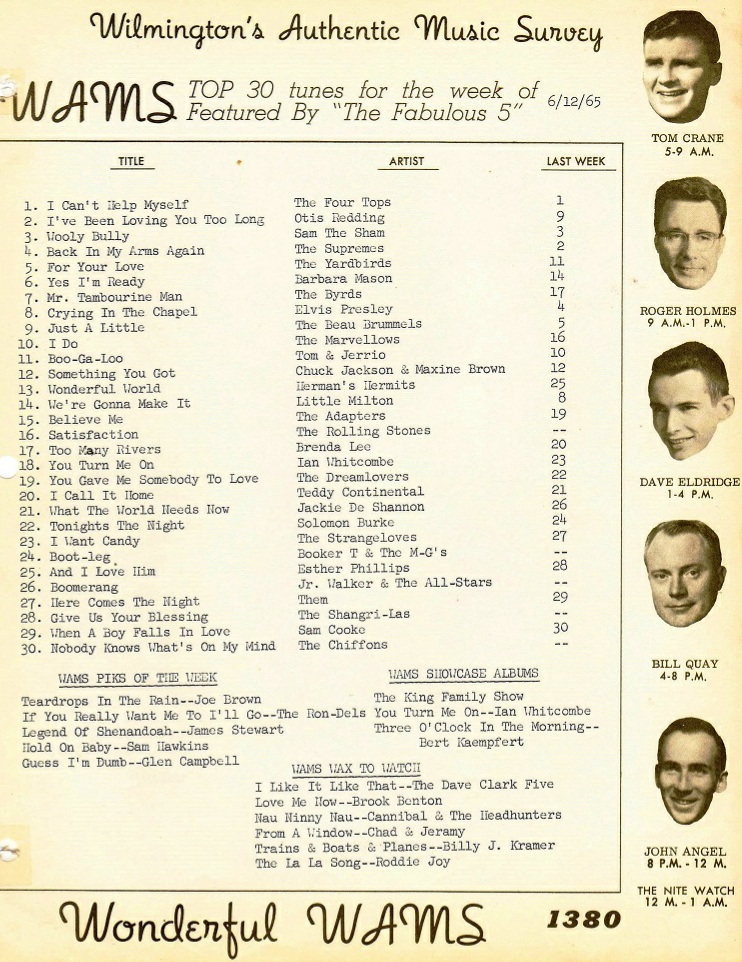 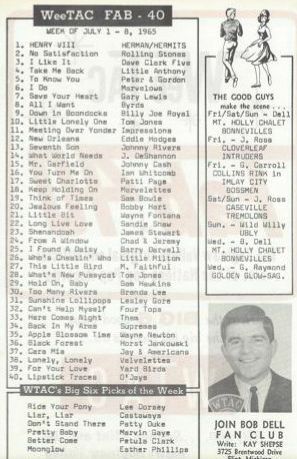 The single was also released in other countries and we’re adding some label scans and other information about those releases. 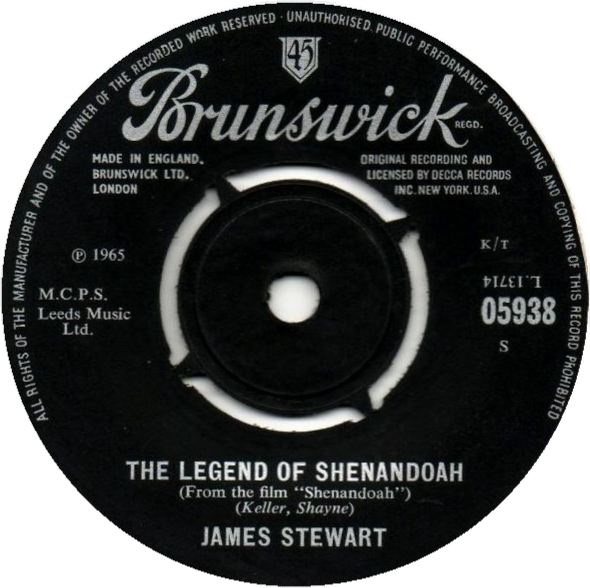 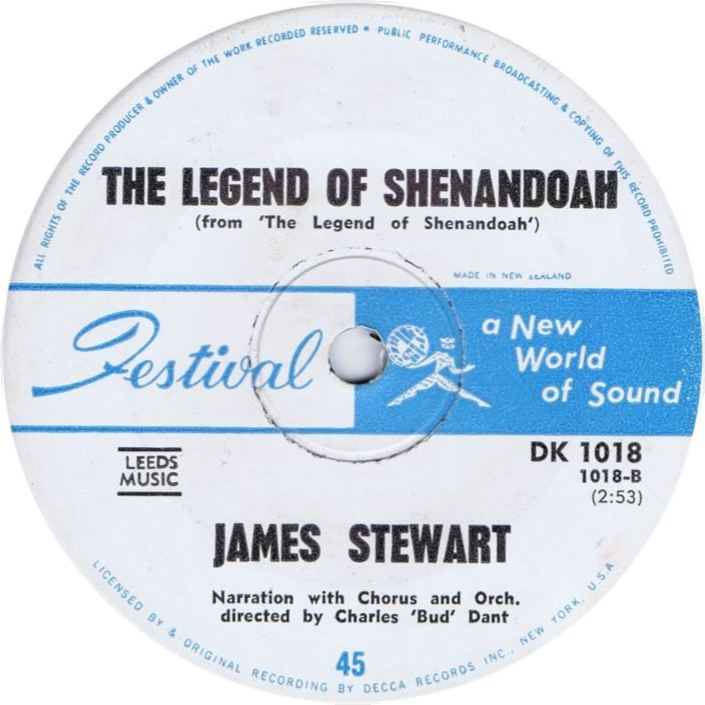 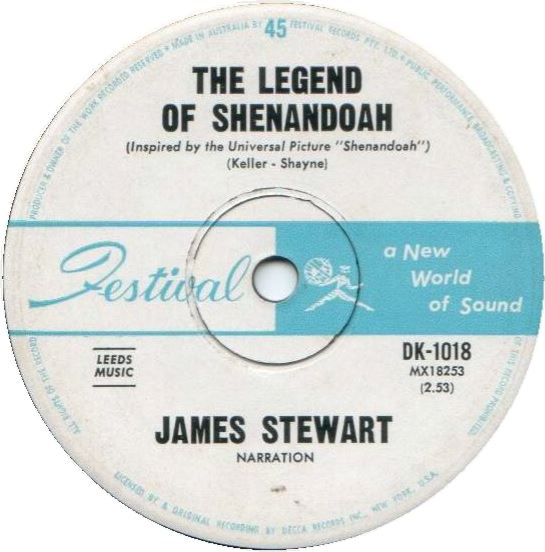 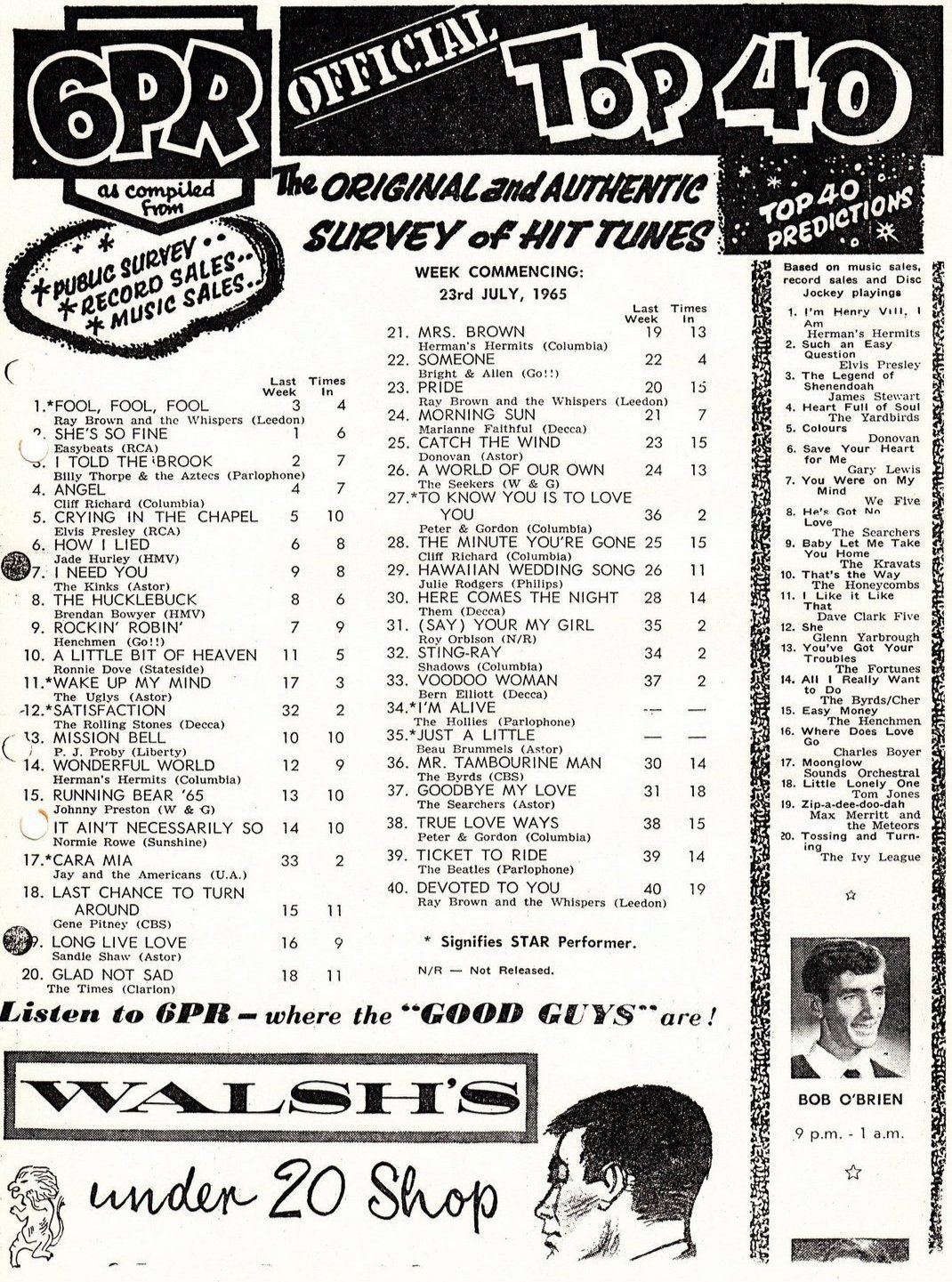