Christmas Classics is an eight-CD collection being sold online during the 2017 holiday season. The set includes four shows originally broadcast on the Lux Radio Theatre, and one each from This Is My Best, Radio City Playhouse, Screen Directors’ Playhouse and Grand Central Station. One of the Lux shows is the March 10, 1947, broadcast of It’s a Wonderful Life, starring Stewart, Donna Reed and Victor Moore. 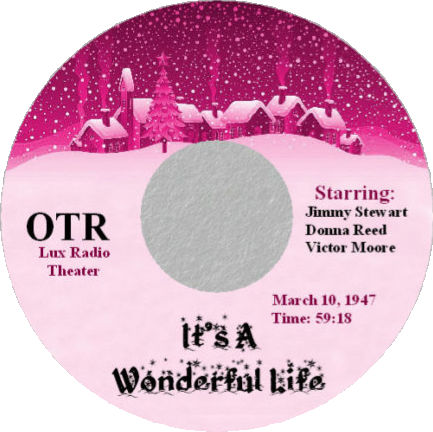 The other shows included in the set are Pinocchio, Remember the Night, The Plot to Overthrow Christmas, Three Men, Miracle for Christmas and two different versions of Miracle on 34th Street.