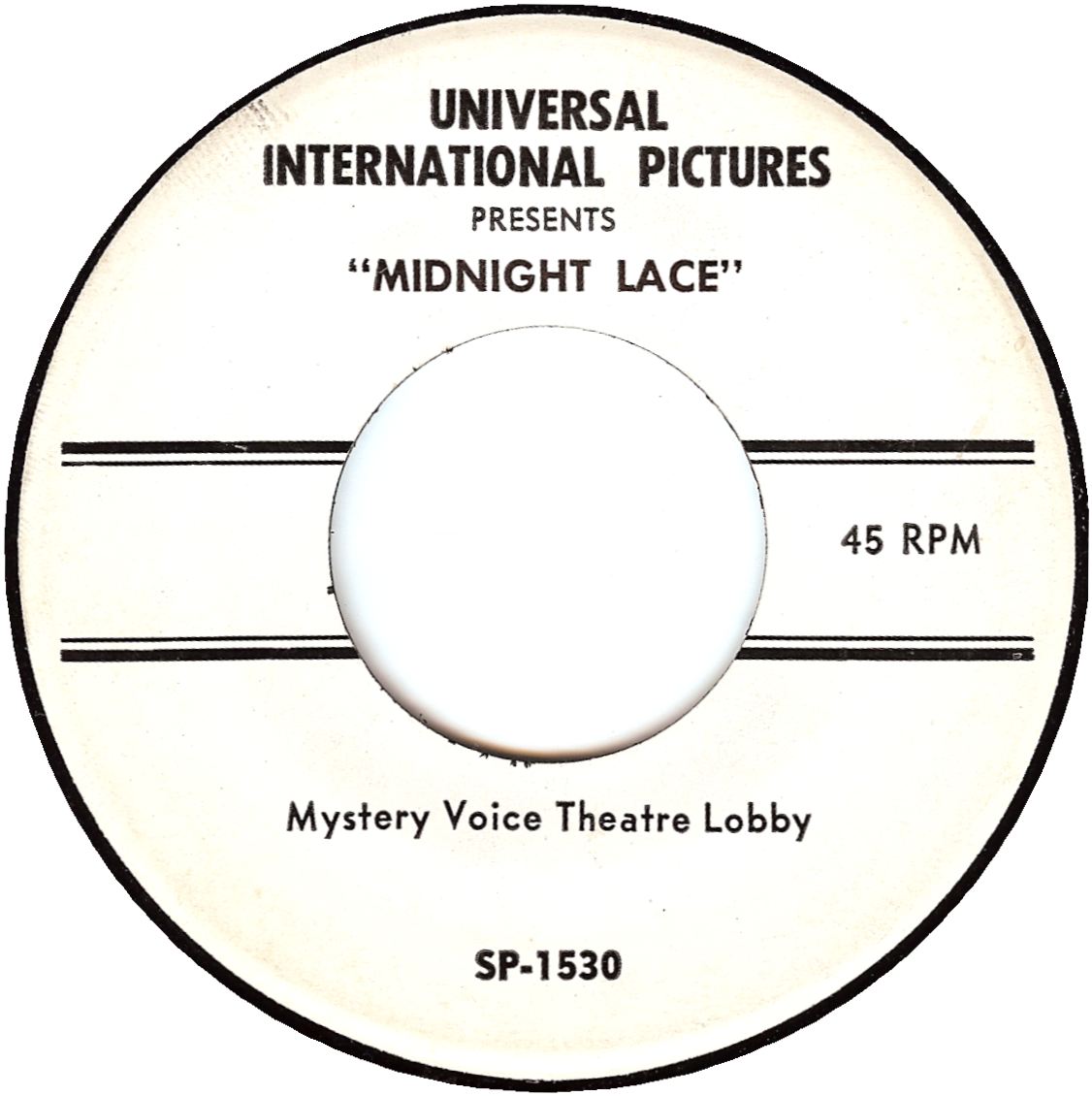 As you can see on the label, the record was meant to be played in theater lobbies as patrons were entering and buying their snacks. In some theaters it may have served as a contest to see who could be the first to identify all of the voices heard. Whatever its purpose, it is an extremely rare record and very hard to find.

Stewart’s is the first voice on the recording, but instead of editing, we’ve including the entire recording here so that you might also test your knowledge of films and voices. Good luck.