If this one looks or sounds a little familiar to you, its because we originally posted it last December 22nd. But, it fits so well on this date that we decided to post it again. If you didn’t see the original post, enjoy it this time around.

If you haven’t read any of the other The Big Sound blogs, let me begin by telling you that this was a series of 12-inch, 33 1/3/ RPM records issued to participating radio stations in the early 1960’s. Each disc featured short spots delivered by film, TV, music and sports celebrities, which the station could use for its own promotion. On this disc (XSD-2 R), the celebrities are counting down the number of shopping days remaining until Christmas. 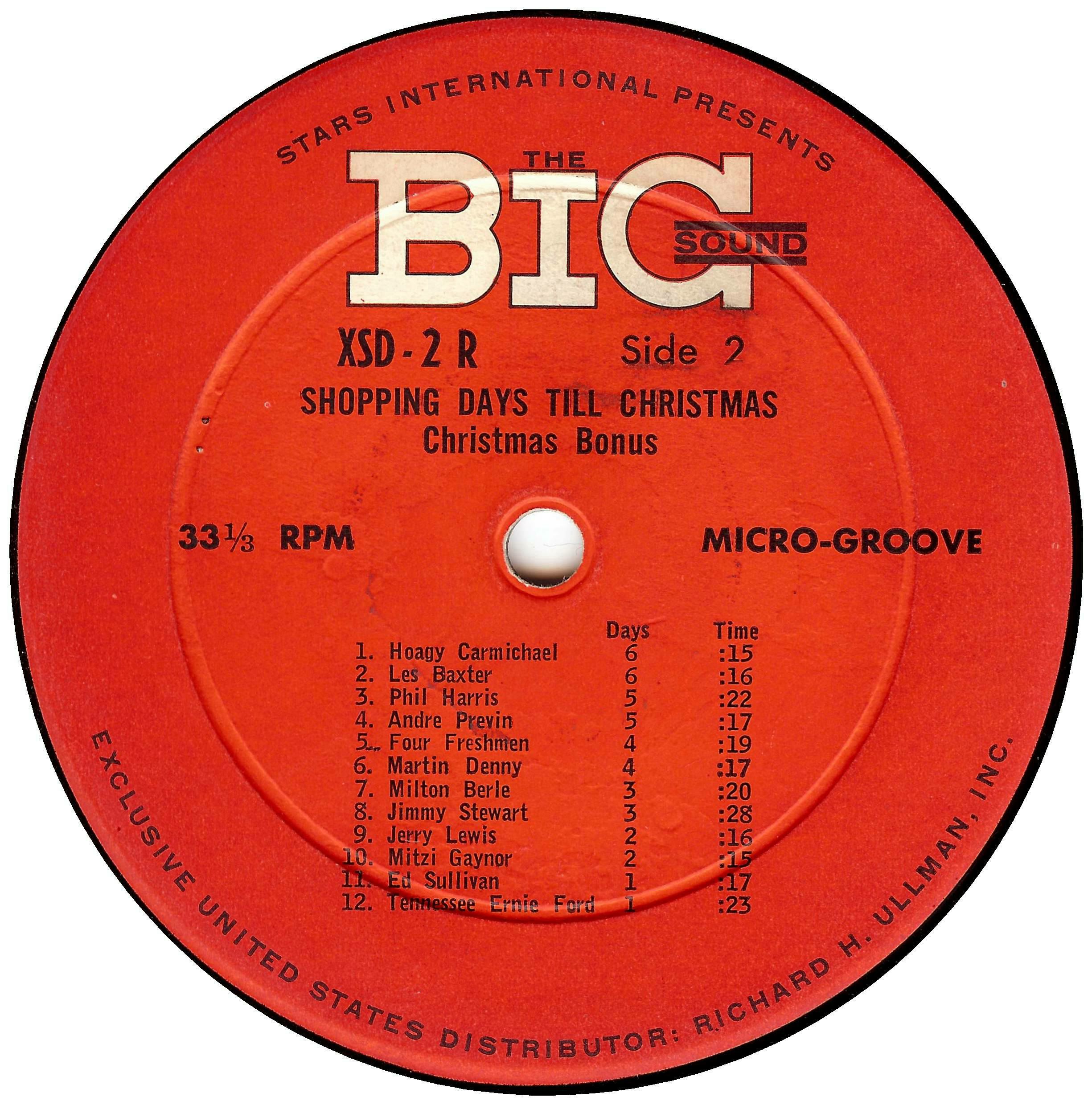