The Hollywood Collectables in a single CD manufactured in Italy by Dejavu (DVRECD 27) in 1989. According to the booklet notes, the 25 songs on the CD were recorded for various films by a number of Hollywood stars. The films for which the songs were recorded are also listed. But, for a few of the stars, including Jimmy Stewart, this is not true. No film is listed because the recording had nothing to do with any film with which he was associated. In fact, Day After Day was recorded while he was still attending Princeton, several years before he would appear in his first film. 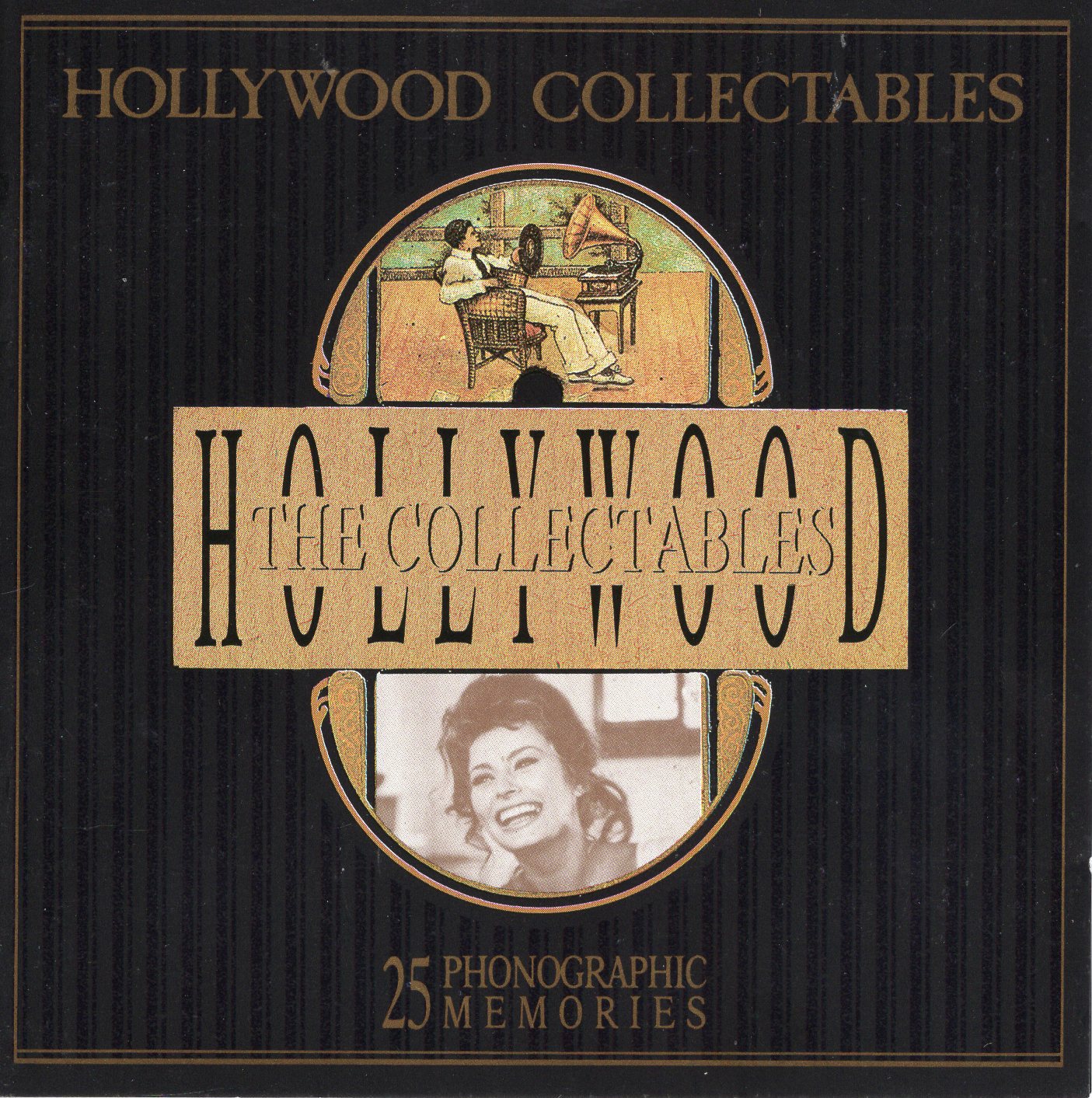 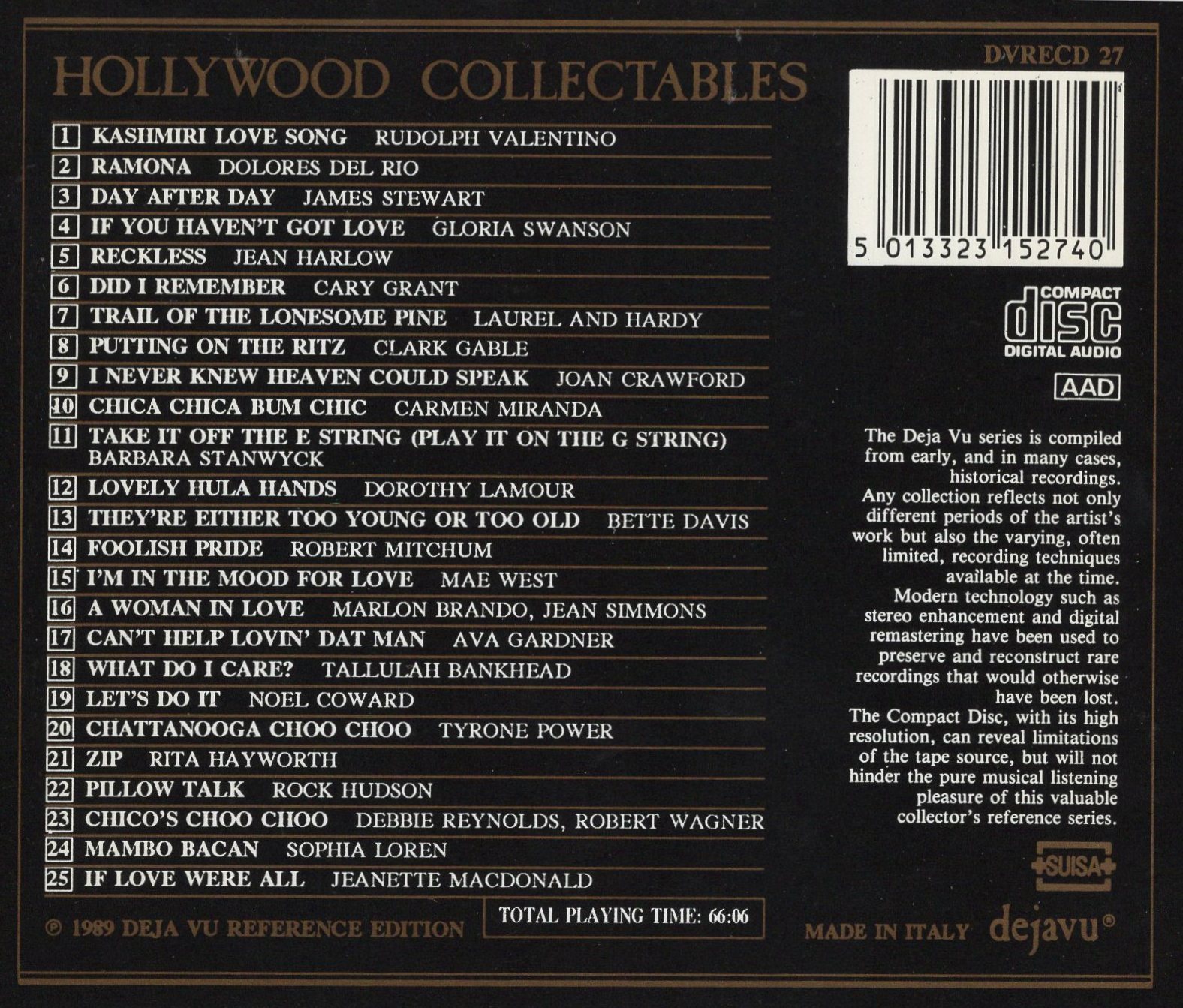 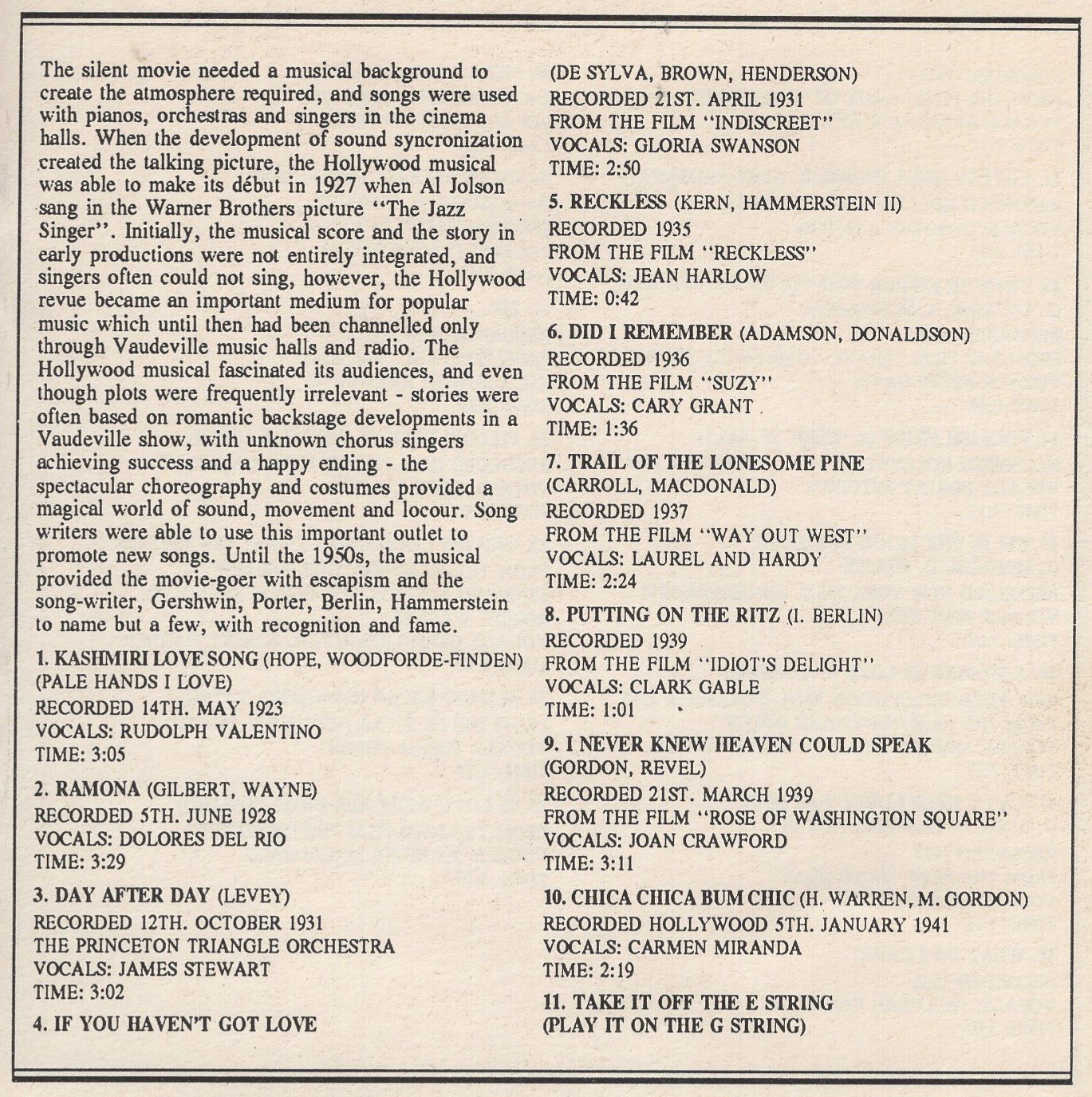 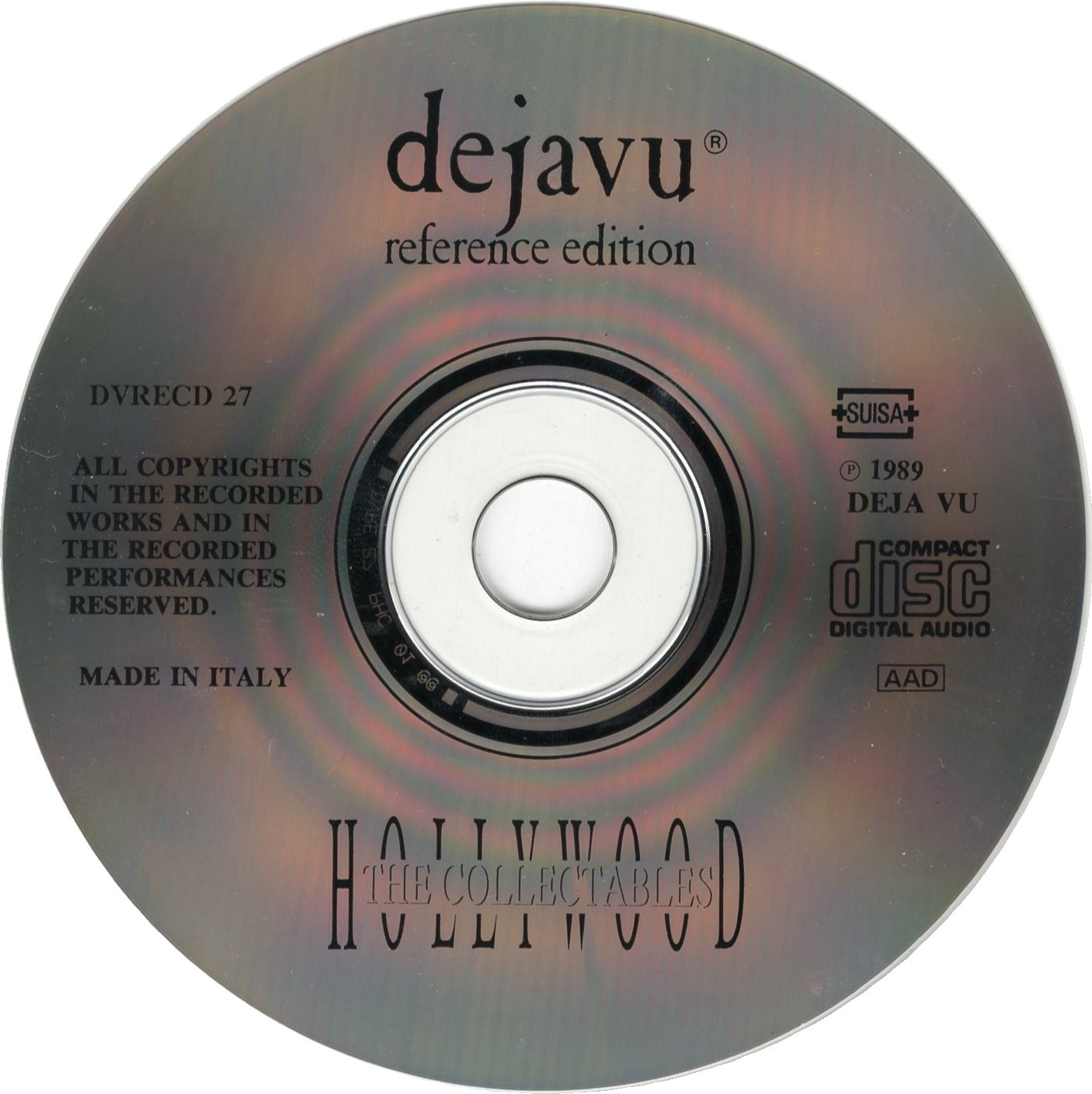 Day After Day has already been in several blogs, but we’ll put it here again so you don’t have to go searching if you’d like to listen to it again.