As mentioned in our book, Stewart did several messages for the American Red Cross. His 1972 contribution was issued on a 7-inch, small hole, 33 1/3 RPM disc. 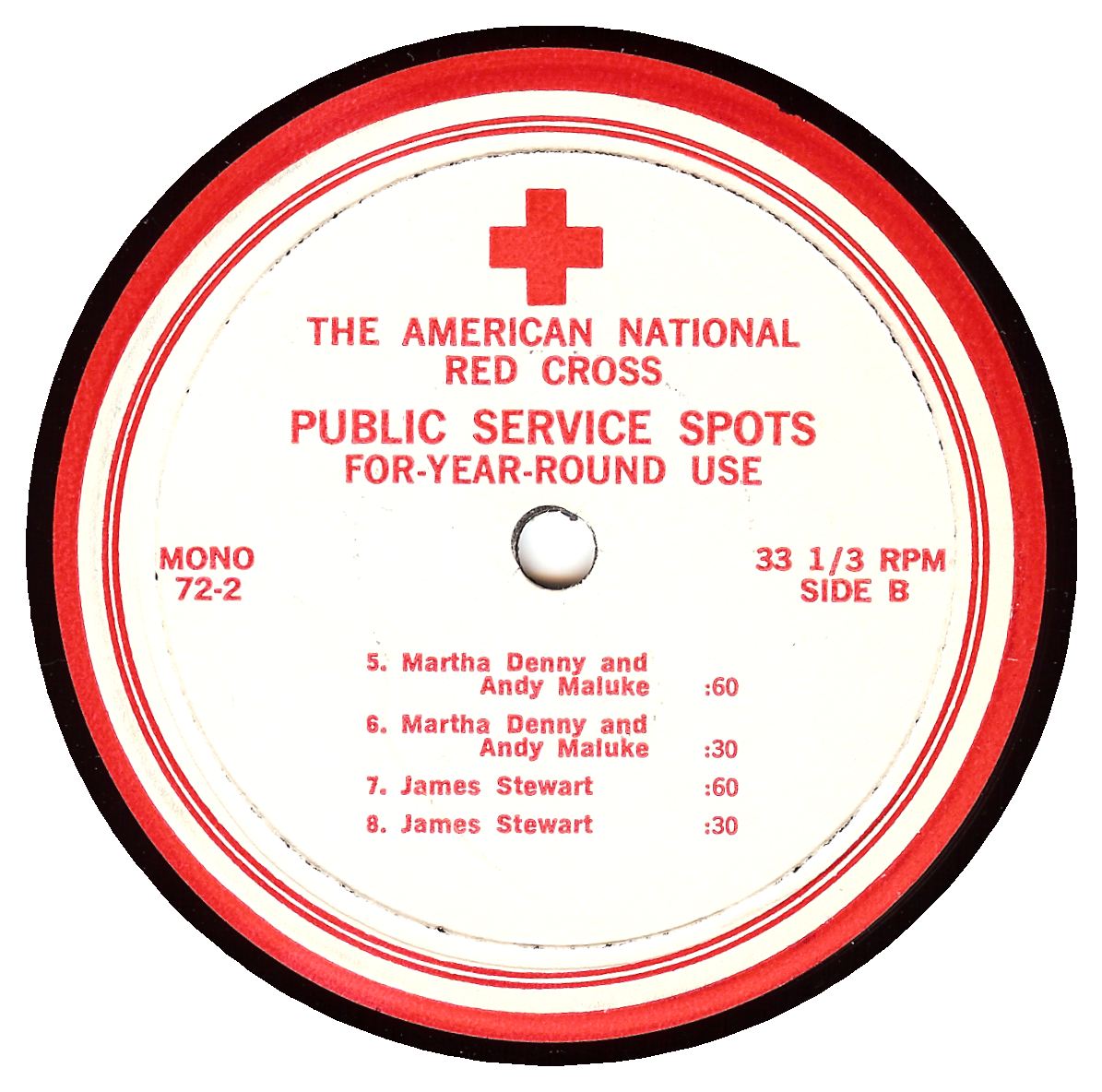 Whereas most Red Cross discs had a limited play time, usually about a month, this one was marked for use the year round. Stewart provided two messages, both on the b-side of the single, both preceded by an announcer saying, “Mr. James Stewart for the American Red Cross.”