This 3-hour Westwood One radio special was detailed in Jimmy Stewart on the Air. Photos and several audio clips will be added here to enhance that entry. The show was hosted by Jim Lang and featured many interview clips with Stewart who talked at length about his experiences with the Glenn Miller Band and the filming of The Glenn Miller Story. The program was to be aired during Thanksgiving weekend (November 27-30) of 1986. The contract which Mr. Stewart signed referred to the title as “The Glen Miller Story.” 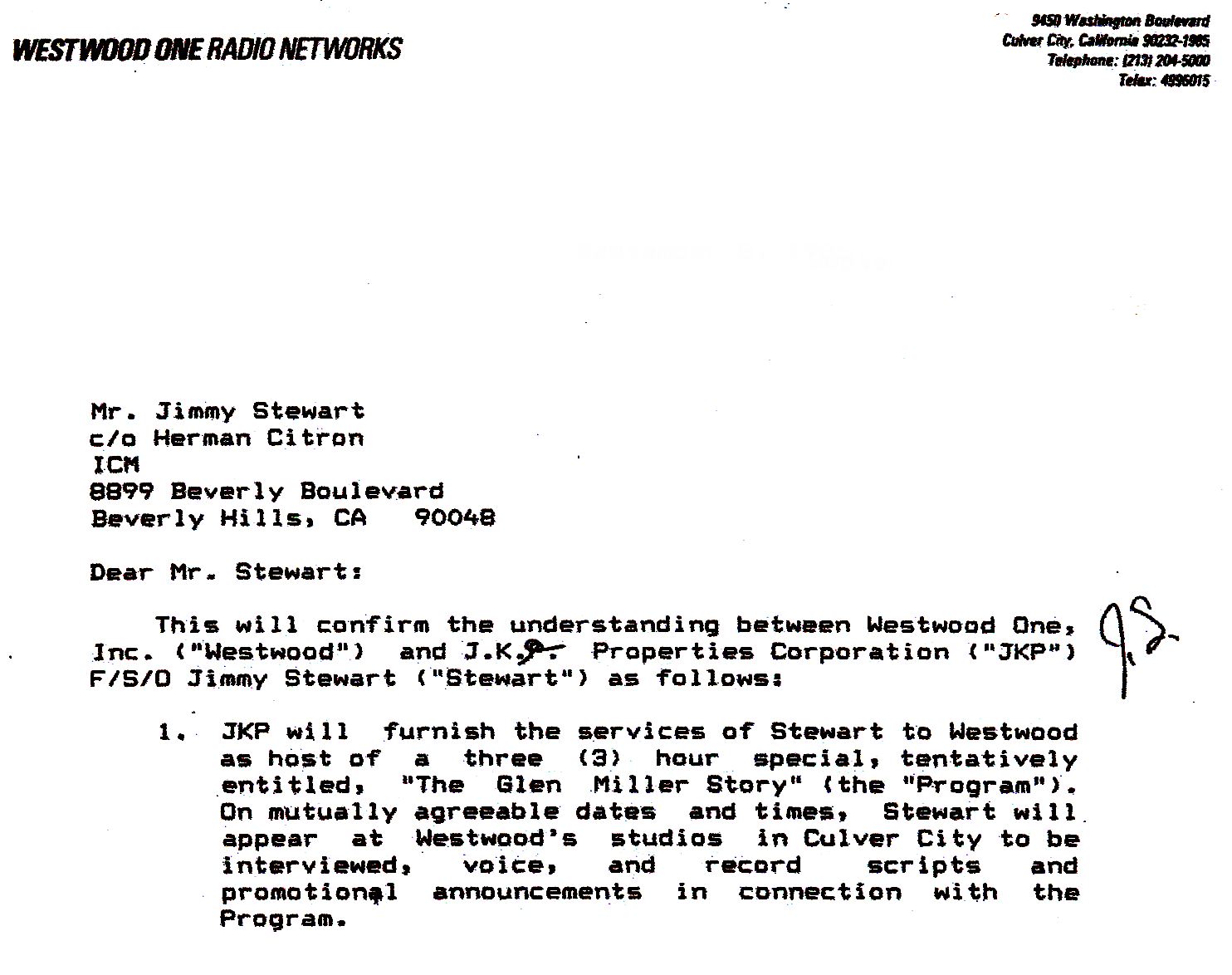 Some of the other points have been omitted, but here is Stewart’s signature on the contract:

This story about the show appeared in the Cumberland News, Cumberland, MD, on November 27, 1986:

The show was issued to radio stations on three 12-inch vinyl records: 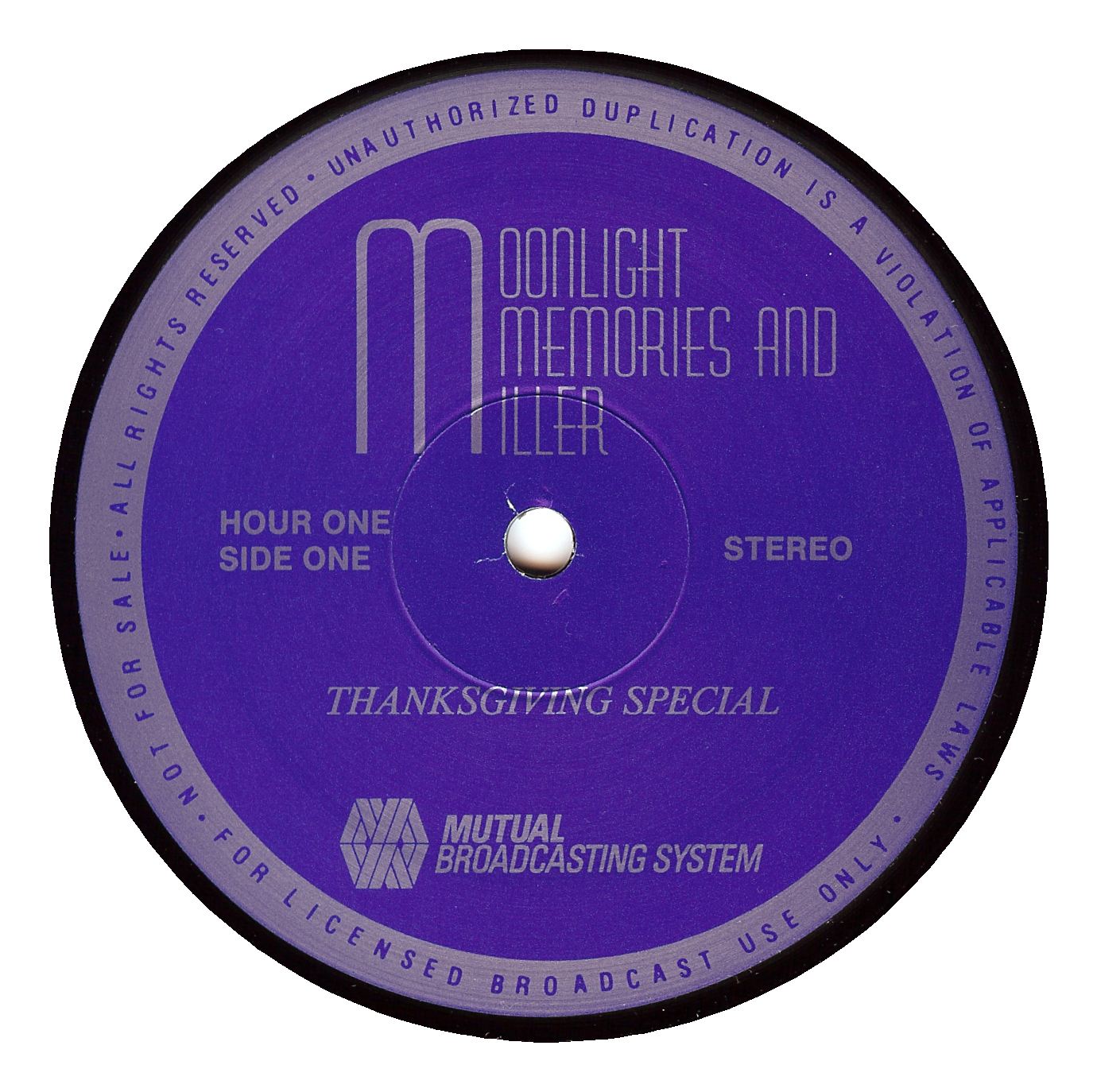 There was a promo for the show included on the records which a station could run prior to the broadcast date to advertise that fact that they would be airing the special.

In the beginning of the program, Jimmy talks about his first radio as a kid:

The first time that Jimmy saw the Miller Band was when he was a student at Princeton:

Stewart was asked what it was like to attend a Miller Band concert:

One of the questions asked of Jimmy was whether it was more difficult to play a real person rather than a fictional one.

Did you ever wonder how Stewart was able to play the trombone in the film? Well, here’s Jimmy’s own answer to that question.

Jimmy says that Glenn’s wife had some doubts about making a film of his life.

Stewart was stationed in England during World War II. The Miller Band played at his base, but he missed the concert.

Why was Glenn Miller so popular? Jimmy has this theory.

Jimmy had been in Japan to promote The Glenn Miller Story and found that the Japanese loved Miller’s music very much.

The show was rebroadcast the following year as evidenced by this listing which appeared in the Orange County Register, Santa Ana, CA, on March 14, 1987:

We recently just discovered this photo of Stewart, Marcia Hrichison and Gary Landis in the March 30, 1987, edition of The Gavin Report.