As mentioned in Jimmy Stewart on the Air, when the very popular Amos ‘n’ Andy show finally left the airwaves, Amos (Freeman Gosden) and Andy (Charles Correll) continued their characters on this new program. This new show was very different from what listeners were used to as described in this article from The Daily Reporter, Dover, OH (September 20, 1954): 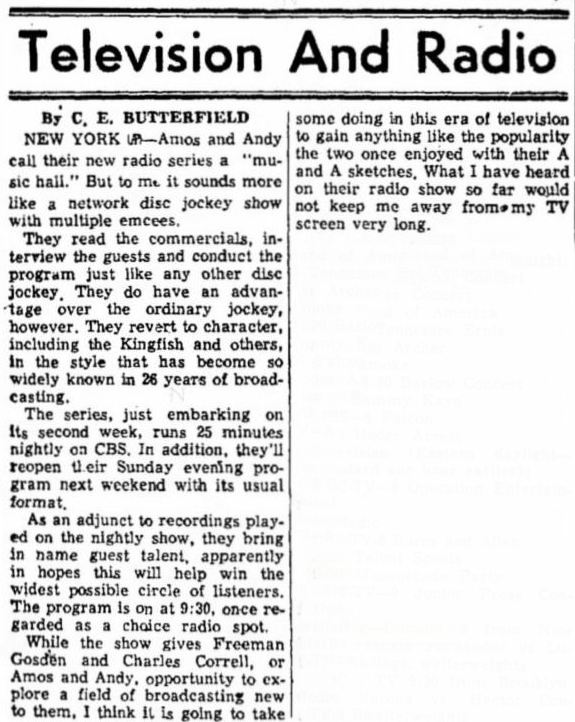 Jimmy Stewart made his first appearance on the program on the very day this article was published. He was even mentioned in the New York Times listings:

Unfortunately, the show is not available and it is not known if Stewart participated in any of the skits or was simply interviewed.

One interesting piece of trivia – the executive producers of the Amos ‘n’ Andy Music Hall were Joe Connelly and Bob Mosher. They went on to create several top rated television shows, including Leave it to Beaver and The Munsters.