The Jimmy Stewart Show, his first TV series, was set to premiere on NBC on September 19, 1971. In the days leading up to the first show, the newspapers were full of photos and announcements about the series. Here is just a small sampling.

This one appeared in the Daily Independent Journal, San Rafael, Ca. 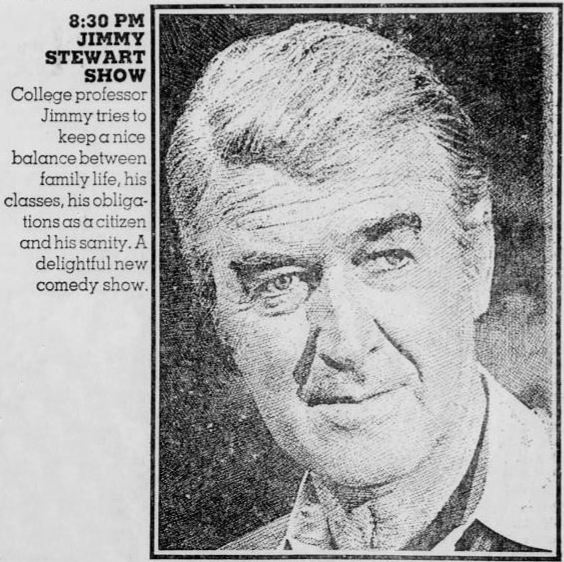 Here are two showing Stewart with his television family. The first is from the Lowell News, Lowell, MA, and the second from the Standard-Speaker, Hazelton, PA. 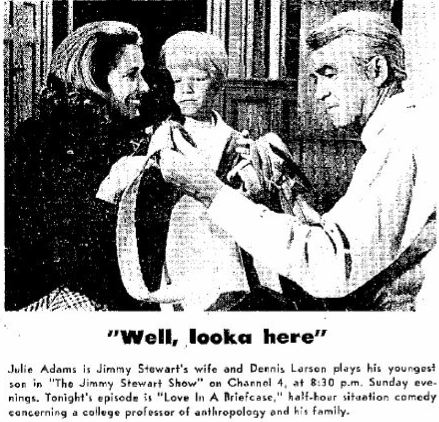 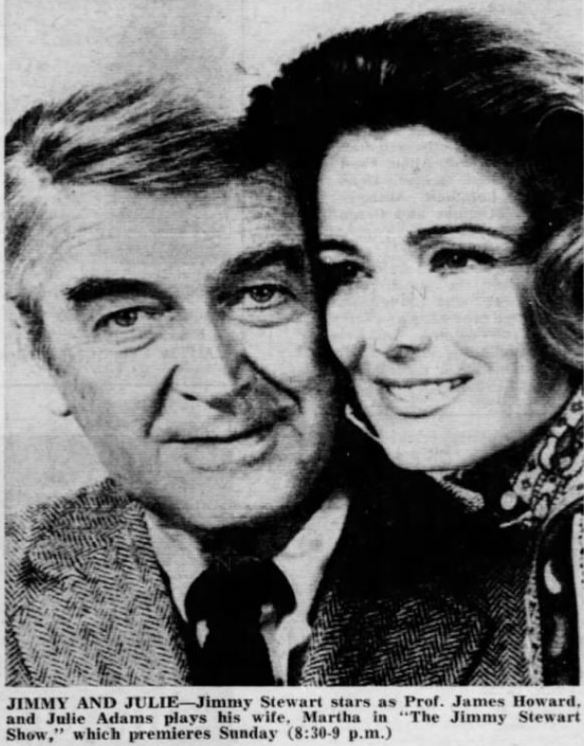 This ad for Stewart’s program and other NBC Sunday night favorites appeared in the Pamona Progress-Bulletin, Pamona, CA. 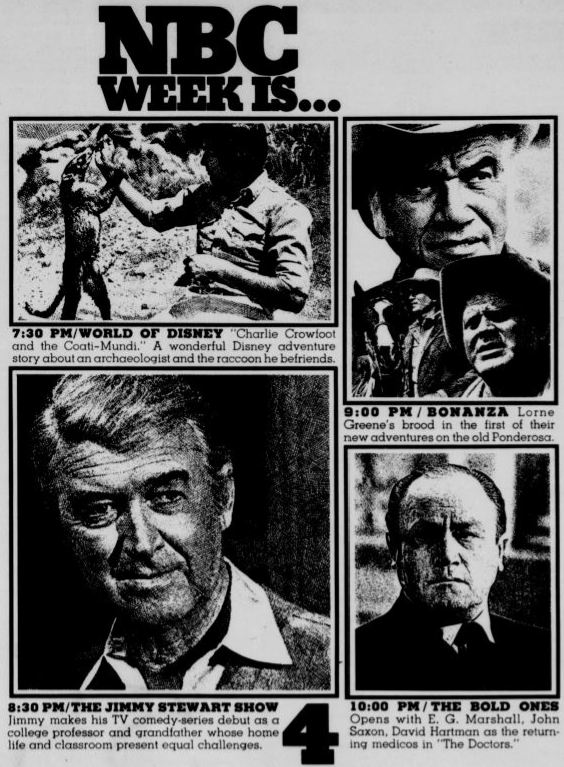 Stewart even made the cover of TV Week magazine, which came with this same newspaper. 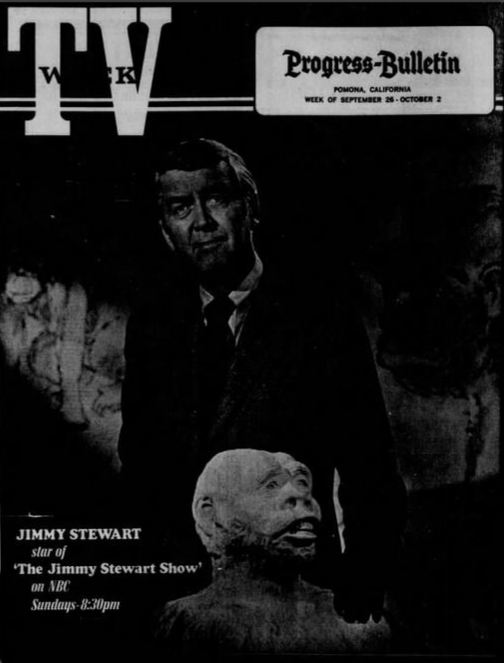 There was no photo, but this preview from the Maryville Daily Forum, Maryville, MO, told the viewers everything they needed to know. 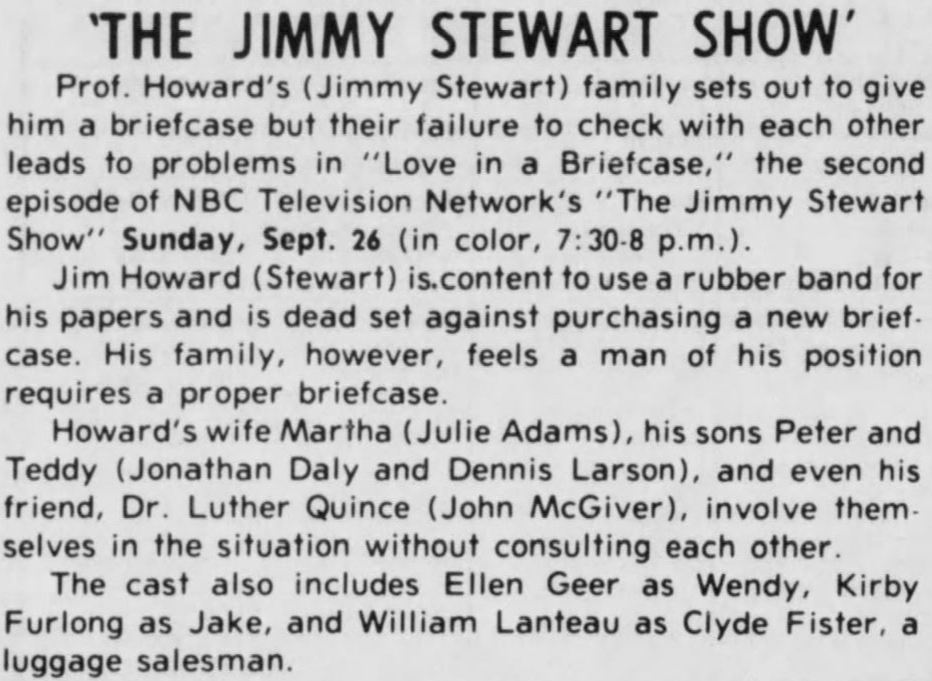 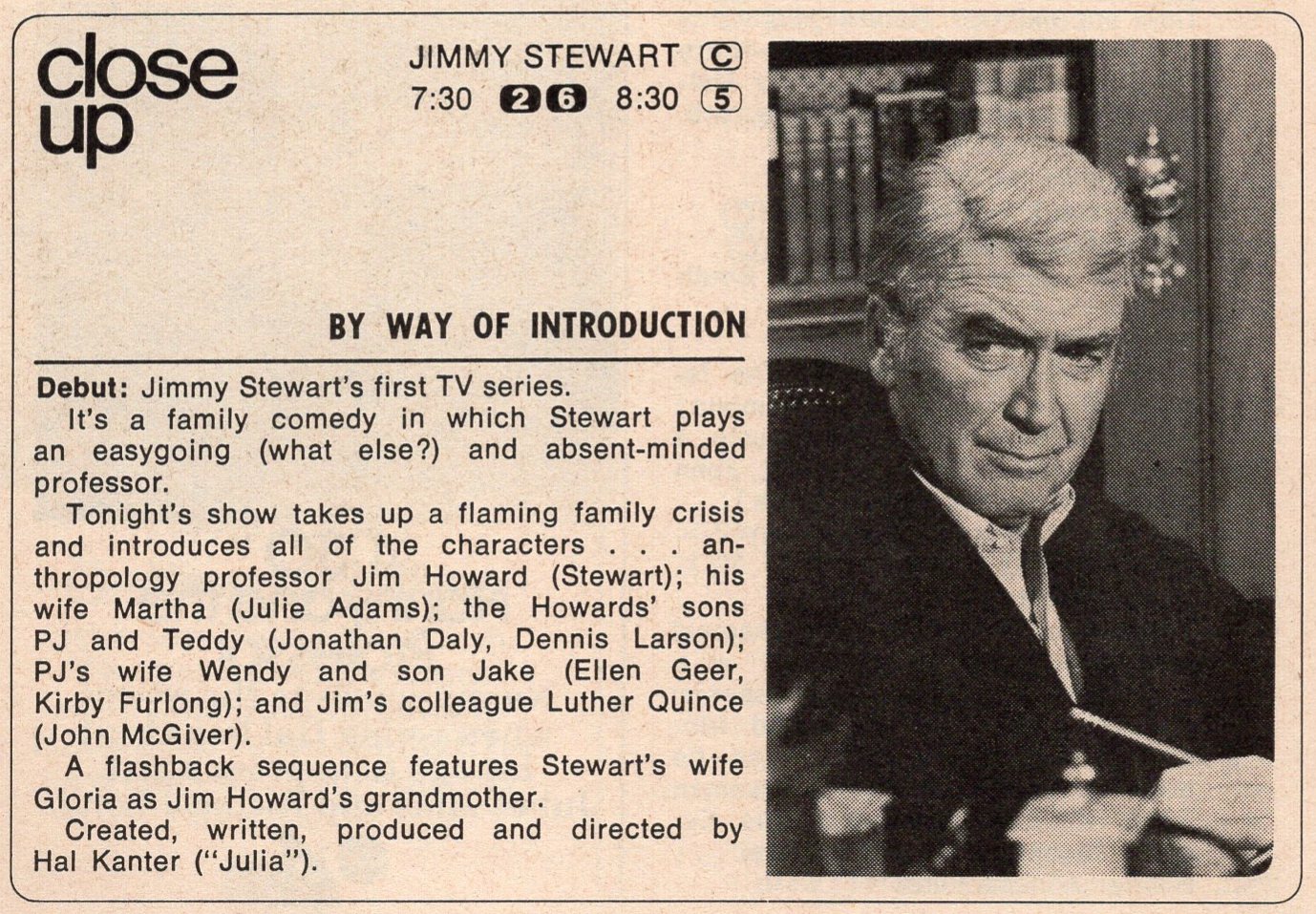 The TV Guide preview mentions that Jimmy’s wife, Gloria, would be appearing in the first episode as his character’s grandmother. The newspapers also picked up on this. Here’s an example which appeared in the Lubbock Avalanche-Journal, Lubbock, TX. 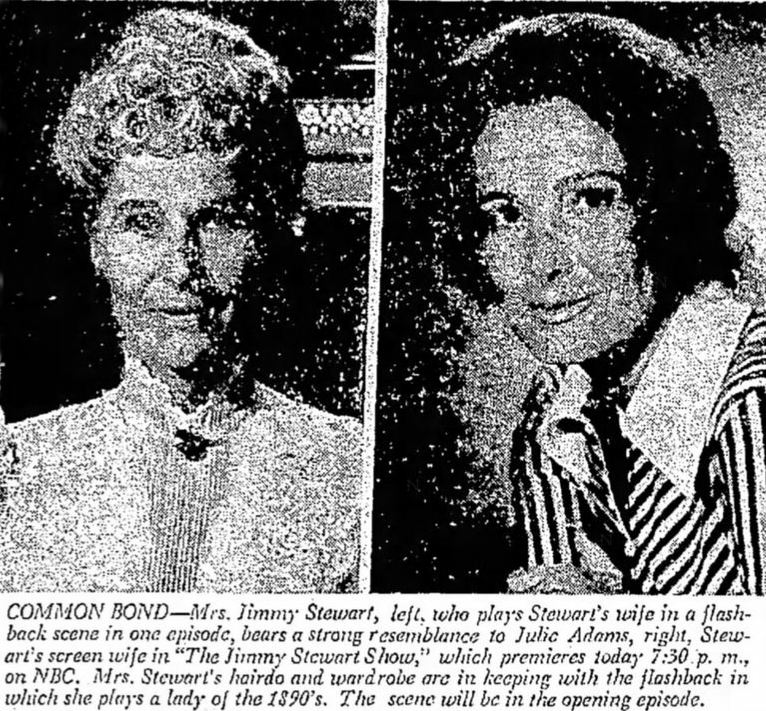 NBC also decided to use radio as a way of advertising their new fall line-up for 1971. To do this, they issued a 12-inch, 33 1/3 RPM record to participating radio stations. There were nine tracks on the album, each for a different program and each was to be aired on the day that program premiered for the new season. The commercial for The Jimmy Stewart Show was the final cut and was to be used on September 19th. 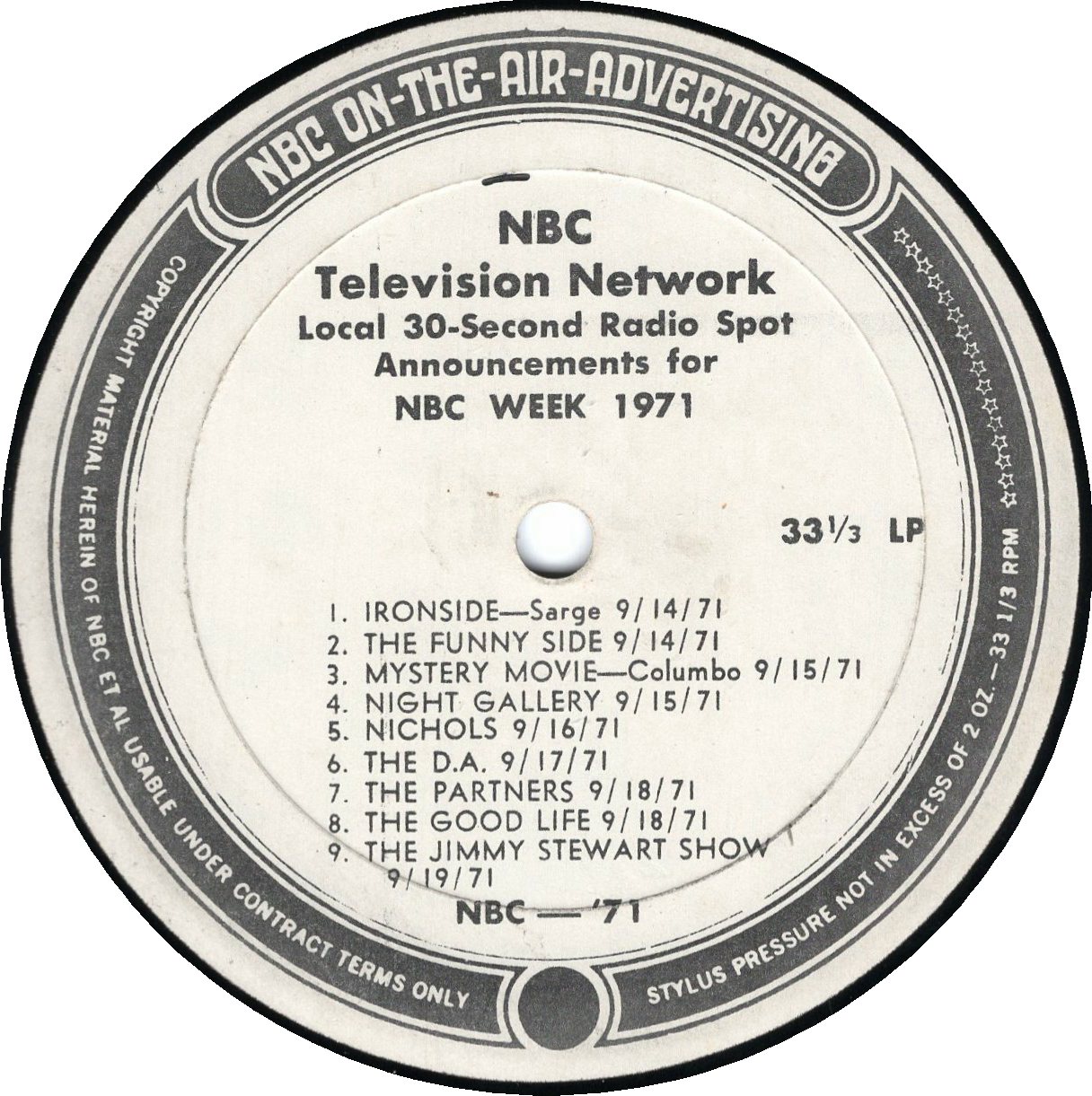 Mr. Stewart’s voice is not heard on the track, but it’s still a very interesting piece of his radio career.