The ability for the home radio enthusiast to record material off the radio has changed tremendously over the years. Wire recordings gave way to reel-to-reel tape. Then cassettes and 8-tracks. Eventually, most people converted all of these to CD’s. Then came the digital age with .wav, .mp3, and others forms of recordings. You now needed no physical media to listen to your favorites as the shows are stored right on your player.

Another form of storing radio materials has been around for a long time, but not many people could afford it, so the average person knows little about it. Portable record cutting lathes have been around since the 1930’s, and surprisingly enough they continue to be manufactured and sold today. You can purchase one from several online companies as well as blank discs and diamond cutting styluses. A typical machine may have looked like one of these from the 1950’s. 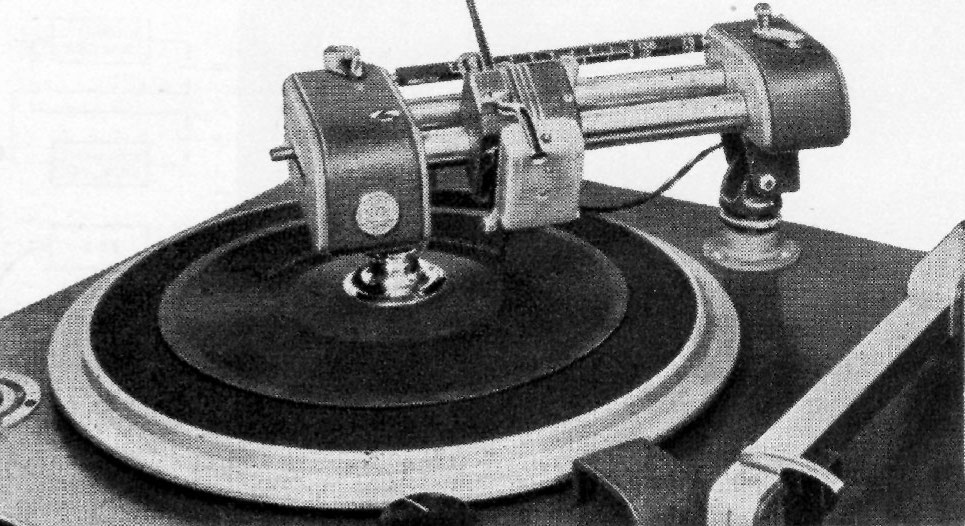 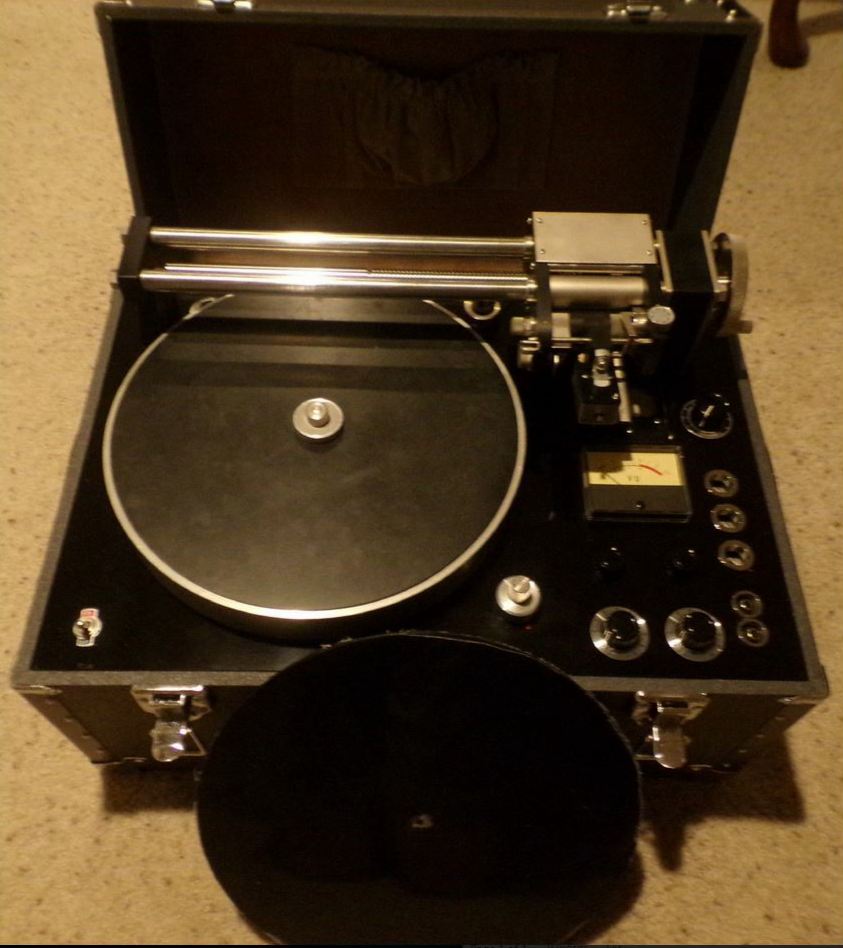 Many radio stations also had these devices so they could record shows for later playback before the days of tape.

We recently bought a recording made with one of these machines of The Bing Crosby show from March 10, 1948. Jimmy Stewart was the guest on that show.

There were several inherent problems with these recordings. First, you had to make your own label. As you can see, these discs already had a standard company label. So all you needed to do was write the information on it. This person decided to write the information on white paper and then tape it onto the label. Unfortunately, they got the spelling of Stewart’s name wrong. 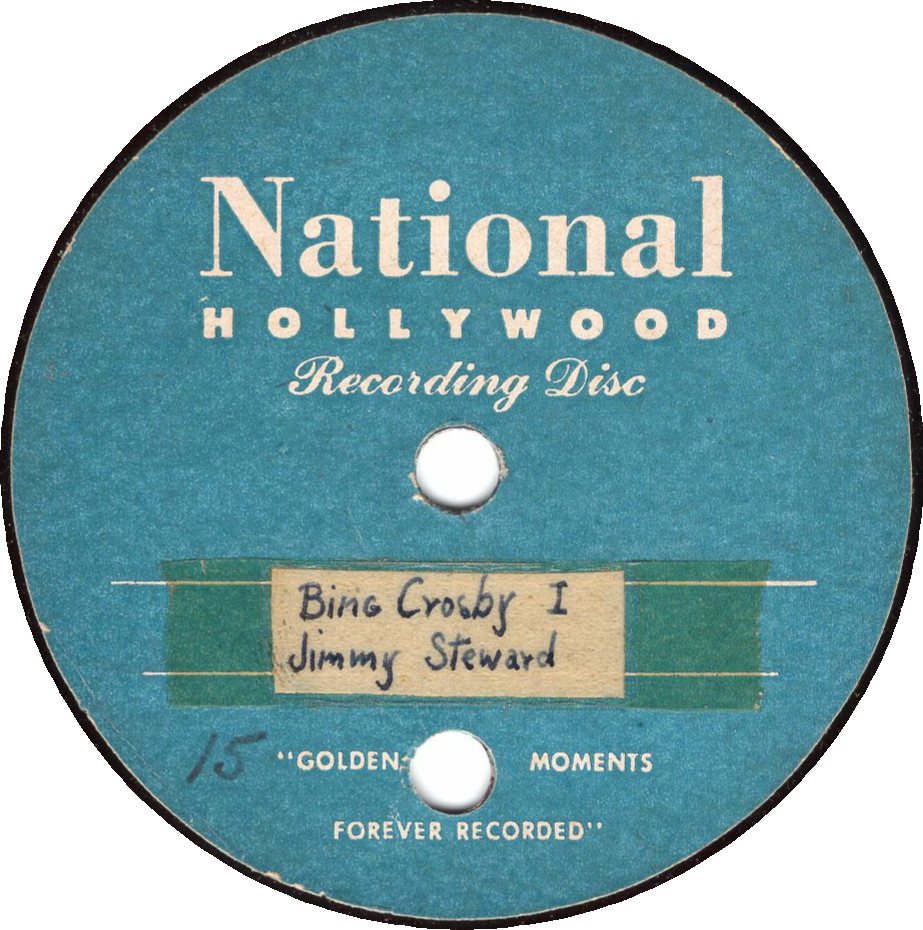 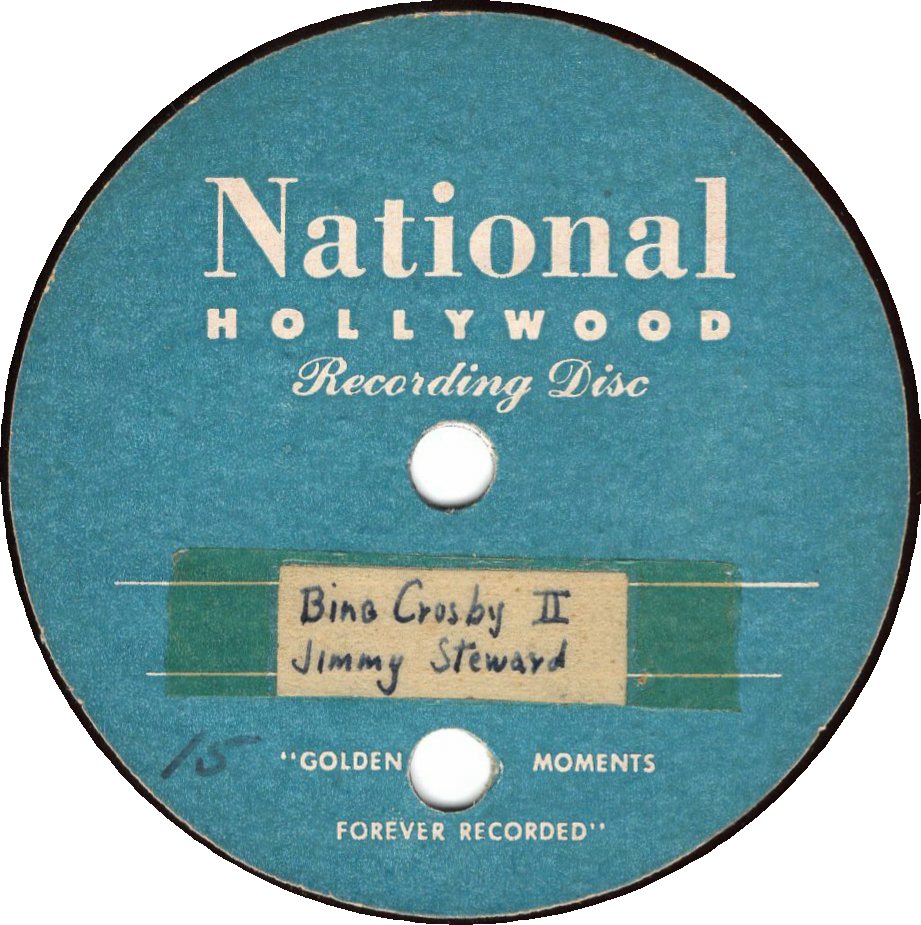 The second problem was time. On a 10-inch disc like this one, recording at 33 1/3 RPM, you barely had enough time to record an entire half hour program. And even then, you had to miss some while you turned the disc over and re-set the cutting blade. At 78 RPM, the situation was made even worse because the time per side was limited to about five minutes. This recording is missing the introduction and first few minutes of the show, part of the middle of the show when the record was turned over and the ending.

The third problem, especially for home recorders, was sound quality. If a microphone was simply placed in front of the radio speaker, the quality could be very poor. Extraneous sounds made in the room where the recording was done could be picked up and transferred to the disc.

So, with all those warnings, what does this record sound like? Well, side one won’t play at all. Side two is bad quality, but somewhat listenable. Most of it is the Crosby-Stewart sketch, so we’ll put it here for you to listen to it, or at least as much of it as you can.