In 1962 when the film was released, there was no soundtrack album. That would have to wait until 2003 when Intrada Special Collection Volume 11 was issued as a CD. 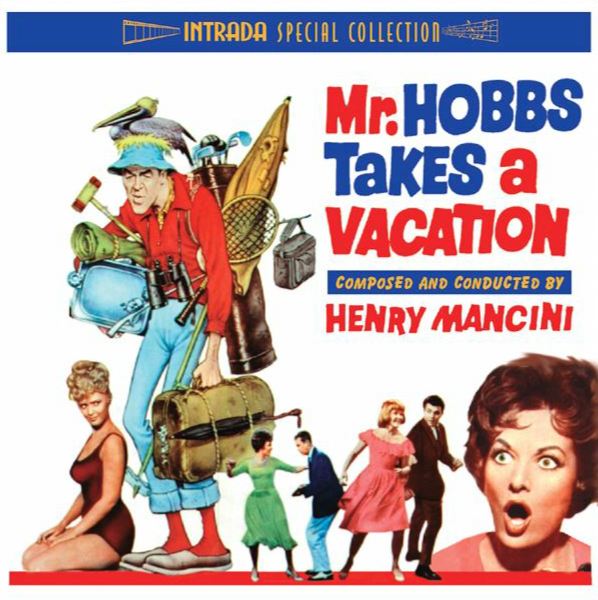 Henry Mancini composed and conducted all the music for the soundtrack, which included:

Herb Alpert was just a few months away from becoming an international recording star as the leader of the Tijuana Brass. The film was released in June and The Lonely Bull, the first hit, entered the charts in October. Alpert can also be seen in the film. He appears, uncredited, as a trumpet player in the dance band at the yacht club. 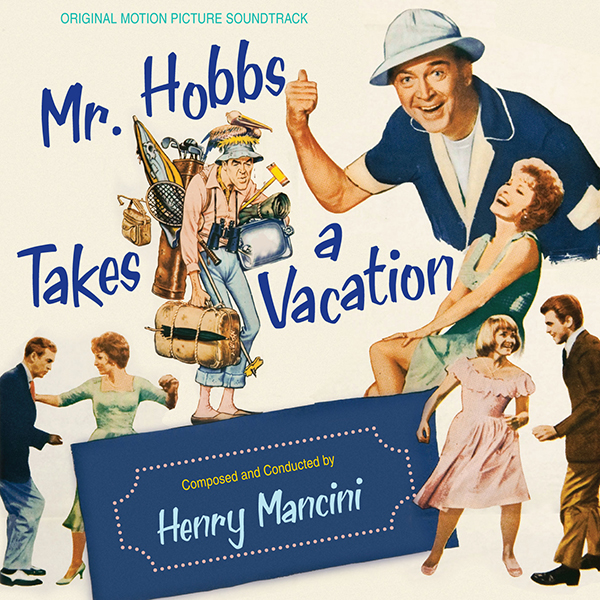 This one also included the soundtrack for another Stewart film, Dear Brigitte. The Hobbs’ tracks included:

There also were several bonus tracks, including:

The two main songs from the soundtrack are spelled different on various releases (Cream Puff or Creampuff and Mr. Hobbs Theme or Mr. Hobbs’ Theme). The spellings used in this blog are the spellings used on the record labels.

Henry Mancini himself had recorded Mr. Hobbs Theme and released it on his 1963 album, Our Man in Hollywood: 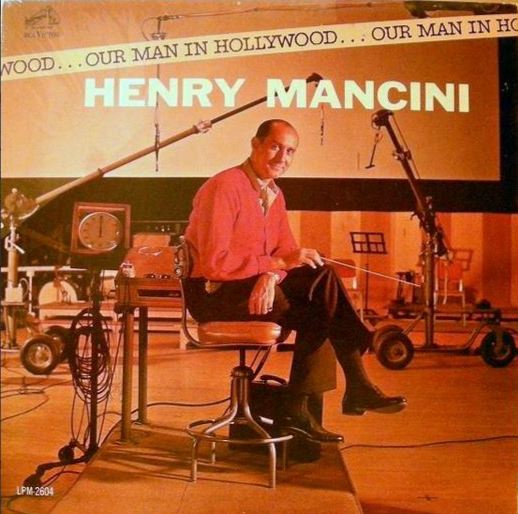 At the time of the film’s release, in the middle of 1962, there were also two singles issued which featured songs from the soundtrack. The first to be released was by Richie Allen: 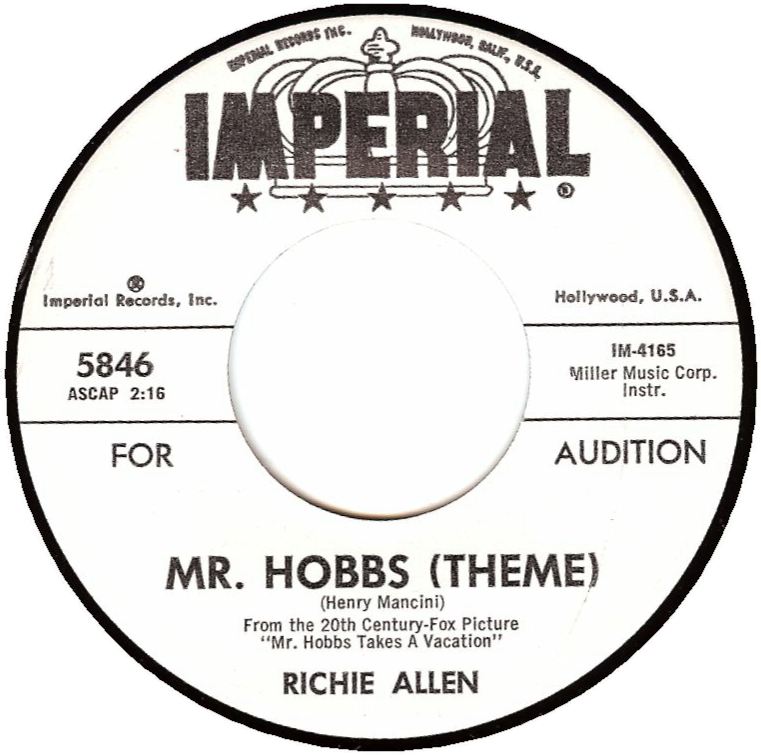 His version of the theme was reviewed in the May 19, 1962, edition of Billboard magazine:

Allen, under his birth name of Richard Podolor, later became one of the best producers of rock and roll recordings. He produced most of the hits of Three Dog Night. He also worked with Iron Butterfly, The Blues Image, Souther-Hillman-Furay Band, Alice Cooper, Dwight Twilley, Steppenwolf and others.

The second single was by Sonny Lester and it featured two songs from the soundtrack: 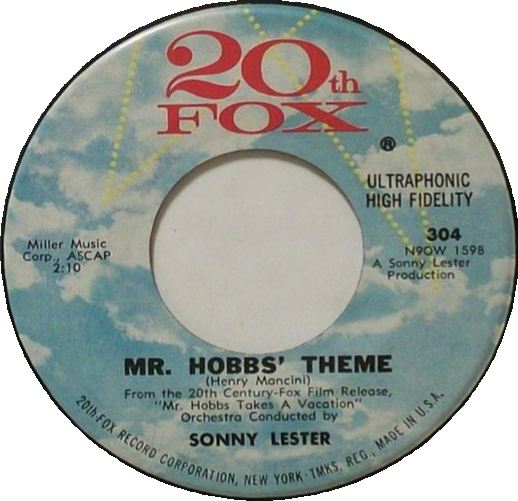 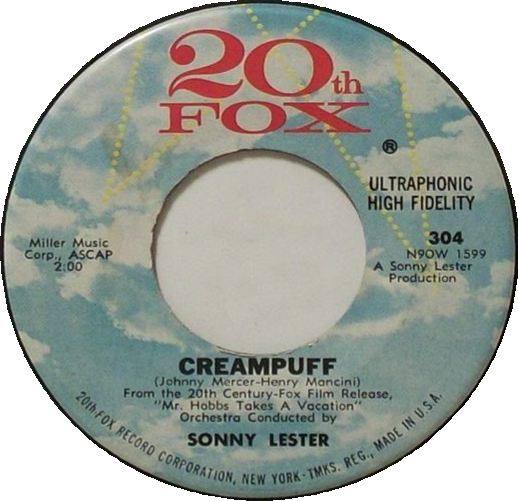 Promo copies of this single were issued in a special sleeve which promoted the film and the fact that Henry Mancini had written the music: 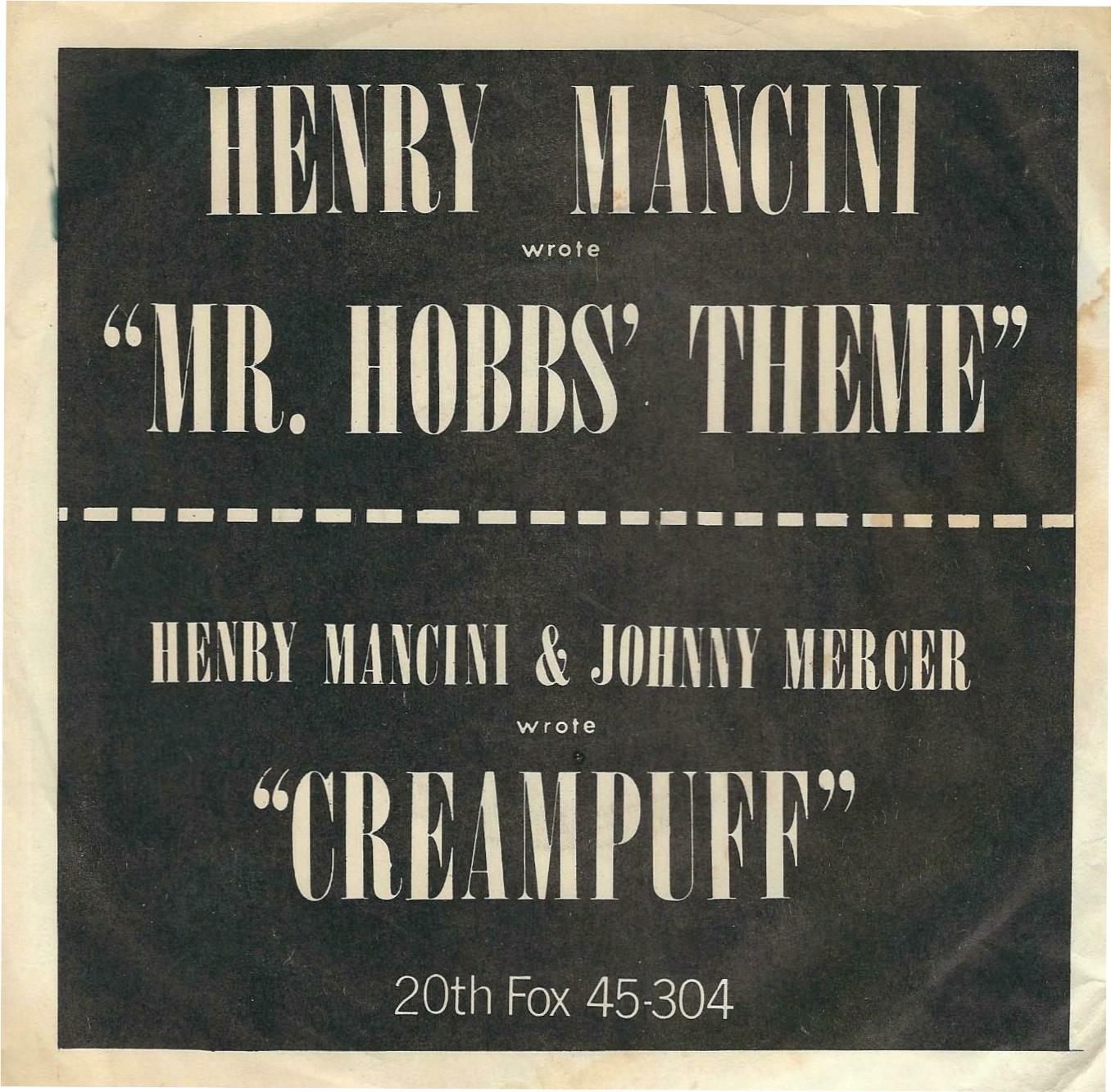 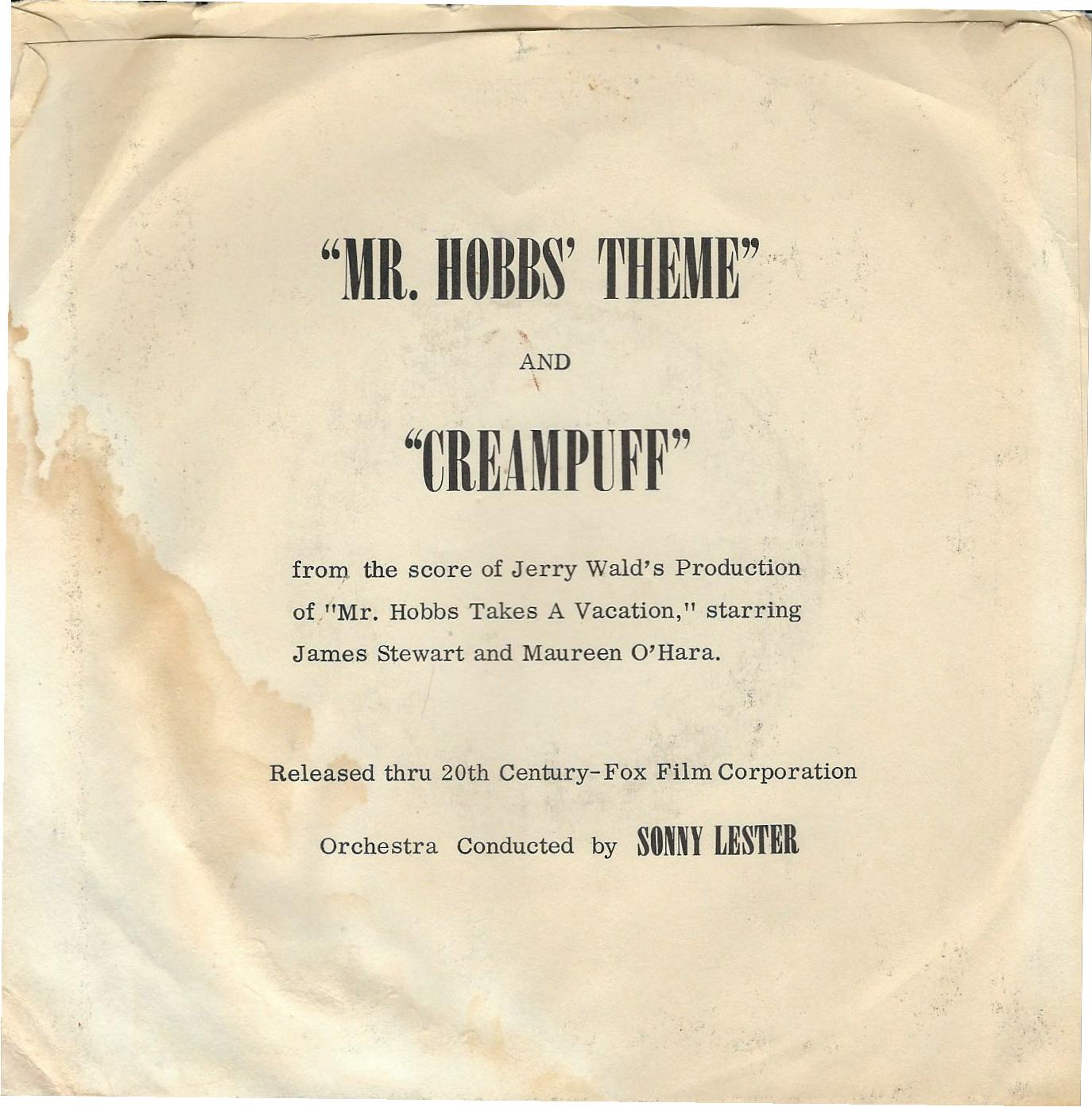 This ad for the single appeared in Billboard on June 9, 1962. 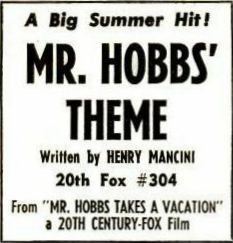 Despite its proclamation, the single failed to chart in Billboard. It did however chart on the Music Vendor Going Up- Heading for the Top 100 chart. It entered that chart on June 30, 1962, topping out at #120 and remaining on the chart for three weeks.

The sheet music for Mr. Hobbs Theme was also quite popular: 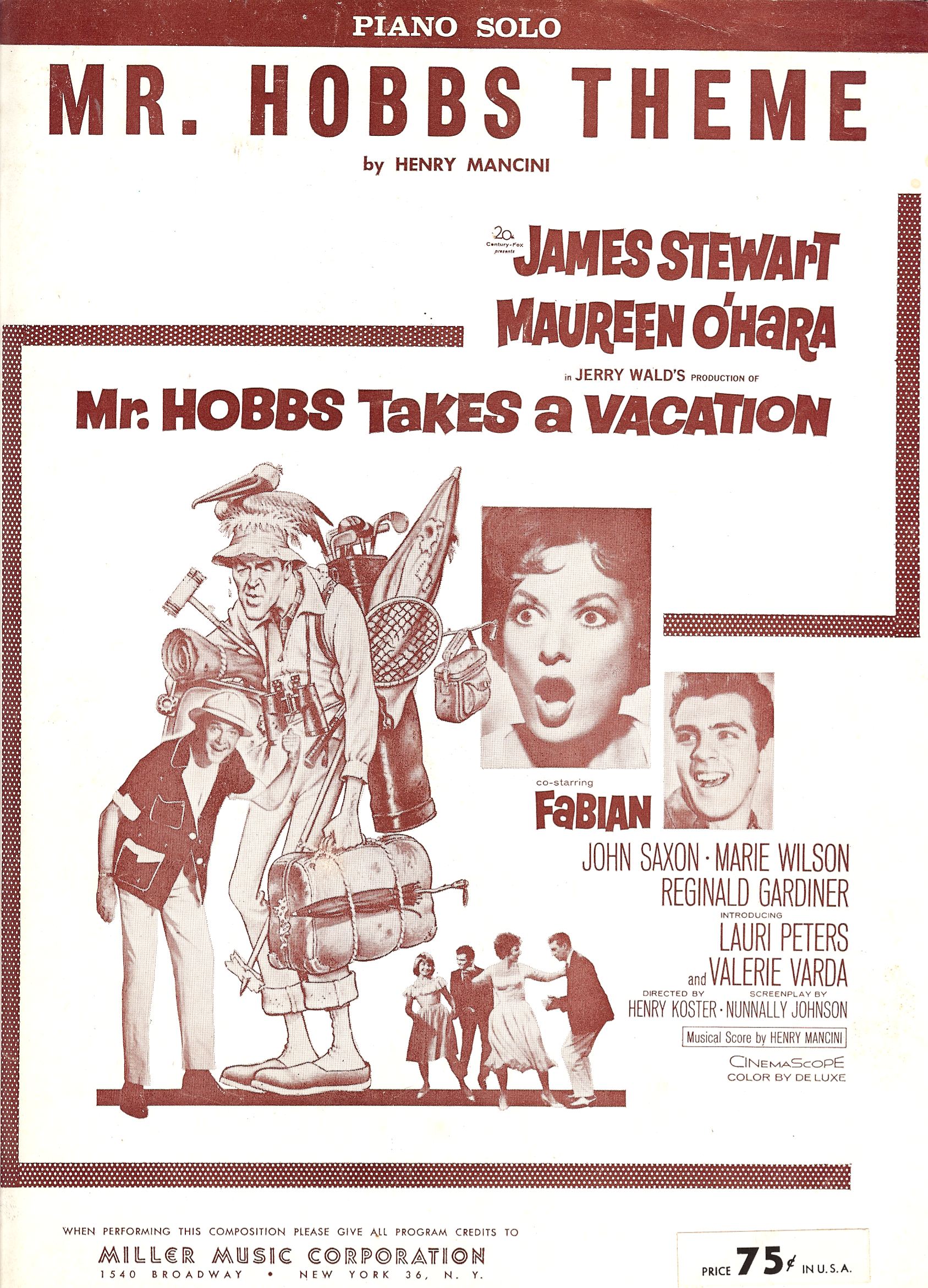