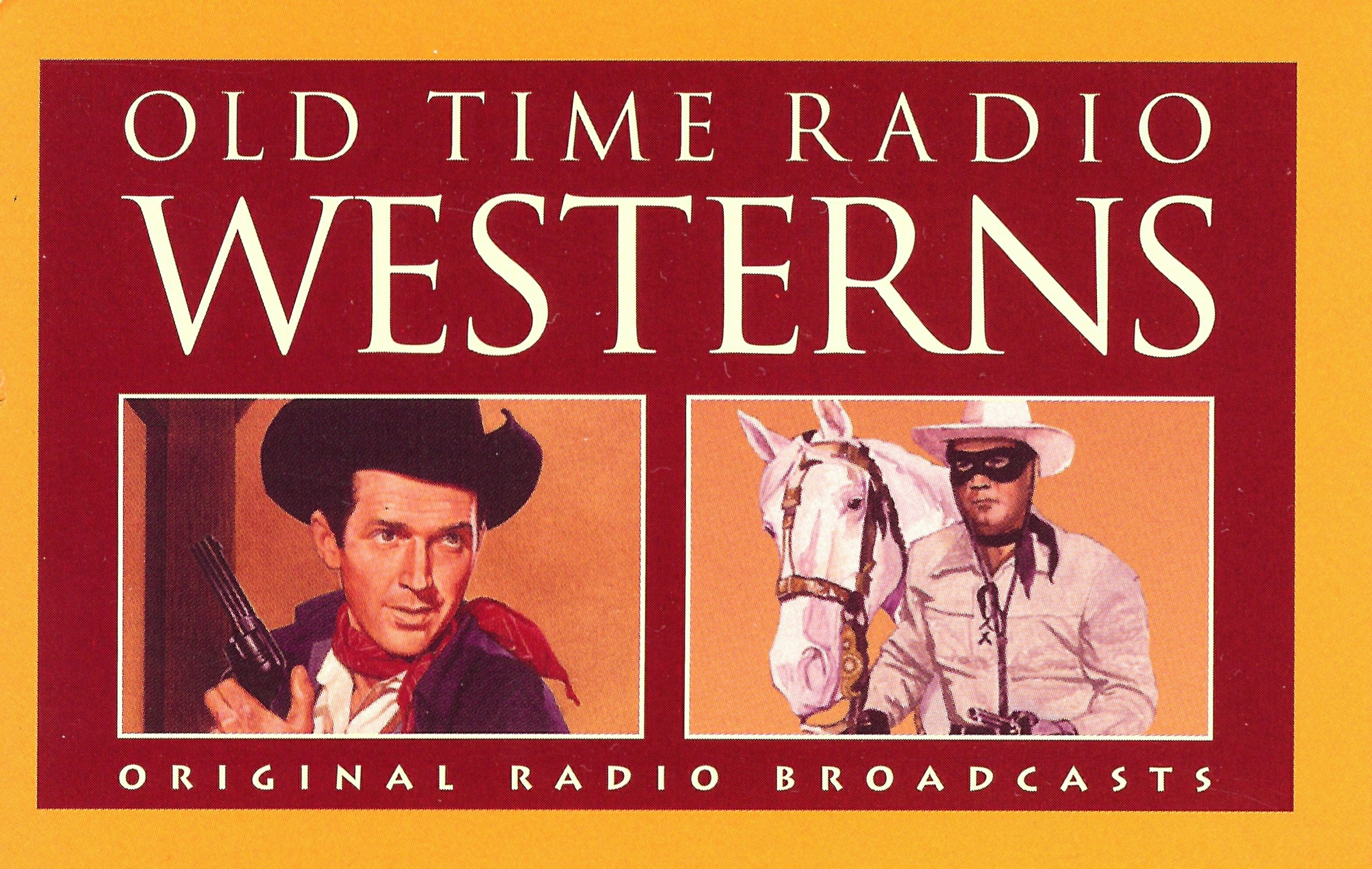 One of the cassettes has two The Six Shooter programs, but the titles aren’t mentioned on the insert card. 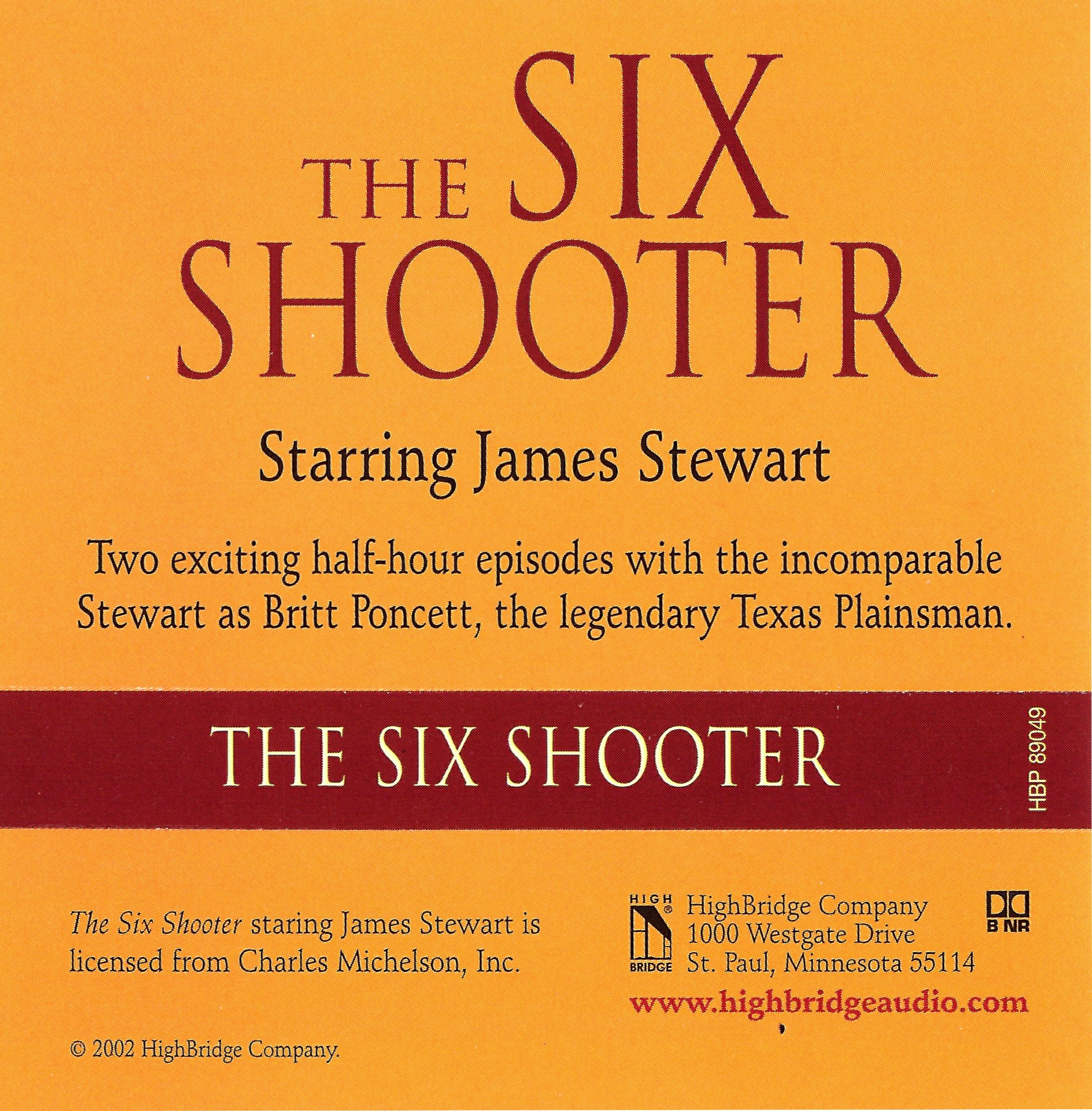 There are titles in the cassette itself. 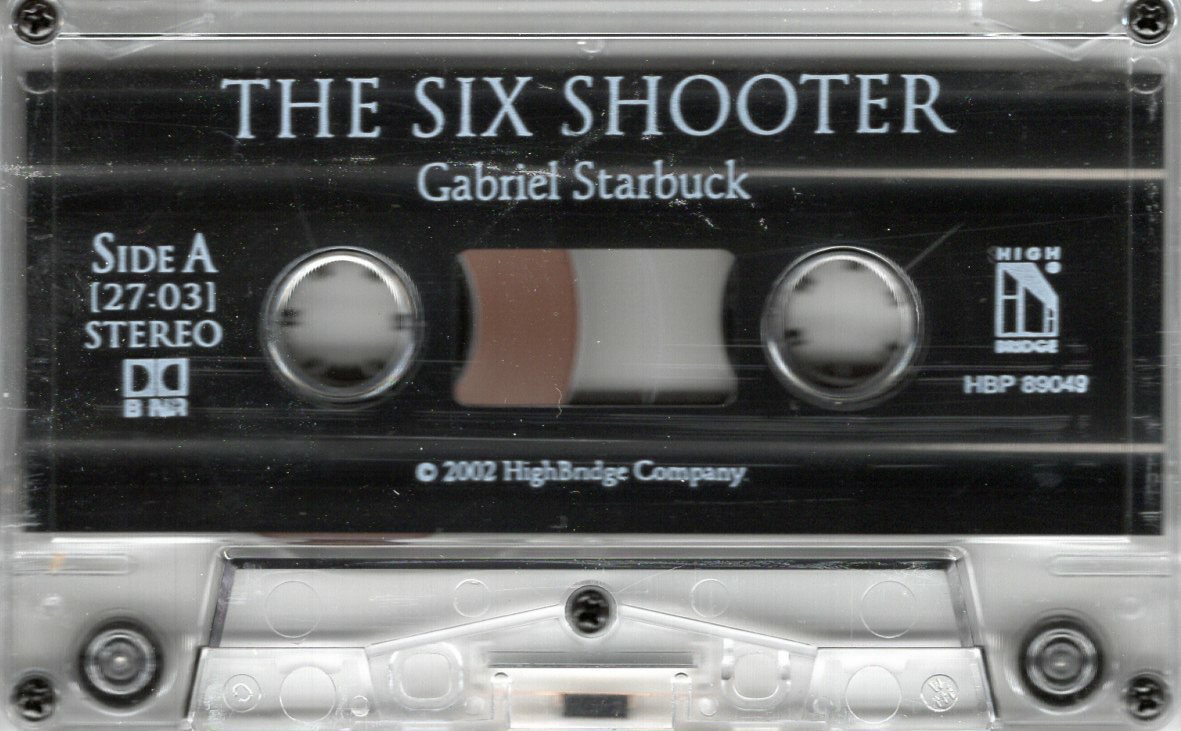 Gabriel Starbuck, originally broadcast on November 22, 1953, is on the A-side. 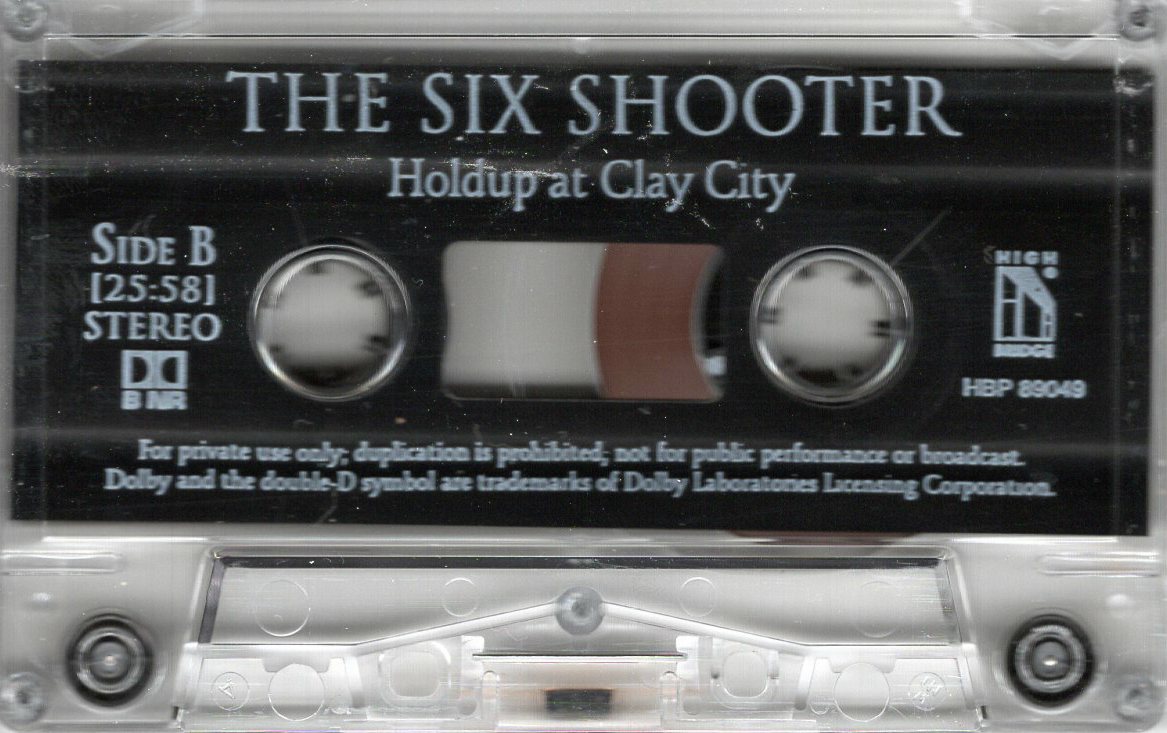 On the B-side is Holdup at Clay City, also known as Ben Scofield, which was broadcast on November 1, 1953.