This is a new 11-CD set of radio shows starring Donna Reed. Miss Reed is featured in dramatic, comedy, adventure, western and, of course holiday programs. What else could the holiday show be but It’s a Wonderful Life as broadcast on the Lux Radio Theatre on March 10, 1947. Yes, even though it’s become a holiday standard at Christmas time, the show was originally broadcast in March. Starring with Miss Reed in the production were Jimmy Stewart and Victor Moore. 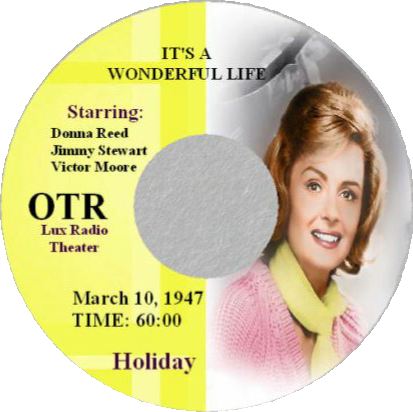 You can read about and listen to the original broadcast here.