In early 1960, six years after its initial release, Universal-International reissued the Jimmy Stewart-June Allyson film, The Glenn Miller Story.The re-issue premieres took place on both the east and west coasts on March 22nd and 23rd, 1960 according to this article from the Motion Picture Daily of March 7, 1960: 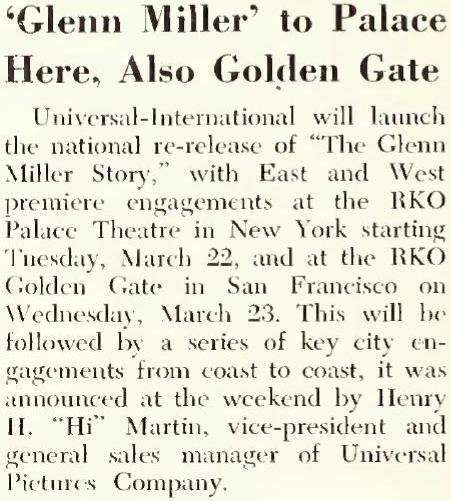 This full-page ad from the Jan-Mar, 1960, issue of Motion Picture Daily also promotes the reissue of the film: 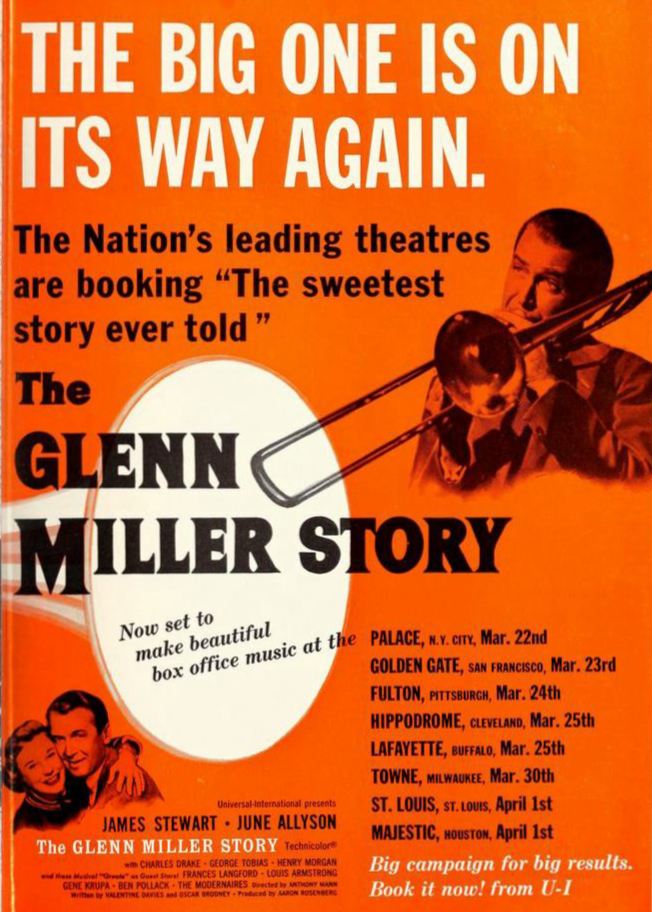 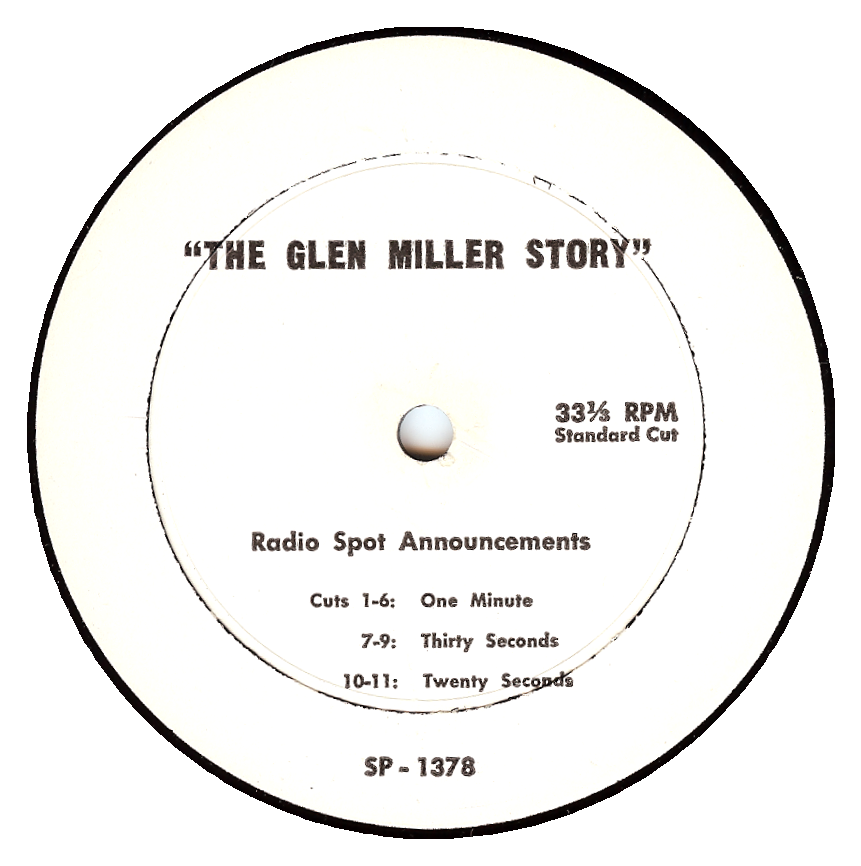 The first six tracks on the disc ran approximately one minute each. The second, fourth and fifth tracks featured Stewart’s voice from the film soundtrack.

The next three spots were about 30-seconds in length and Stewart can be heard on the first and third tracks.

The final two tracks are just under 20-seconds each and Stewart’s voice is not heard on either.