As described in Jimmy Stewart on the Air, Stewart starred in the April 13, 1952, edition of NBC’s Hollywood Star Playhouse. He played the role of Britt Proset, a traveling cowboy with the nickname of “The Six Shooter.” Others appearing in the program were William Conrad as Ed Scofield, Parley Baer as Fred Wilmer, Herb Vigran as George “Heavy” Norton and Bert Holland as the young robber. Wendell Niles was the show’s announcer, Jack Johnstone was the producer and it was written by Frank Burt.

The show was well publicized by NBC. The two display ads below are from The Cumberland Times, Cumberland, MD and the Syracuse Herald-Journal, Syracuse, NY: 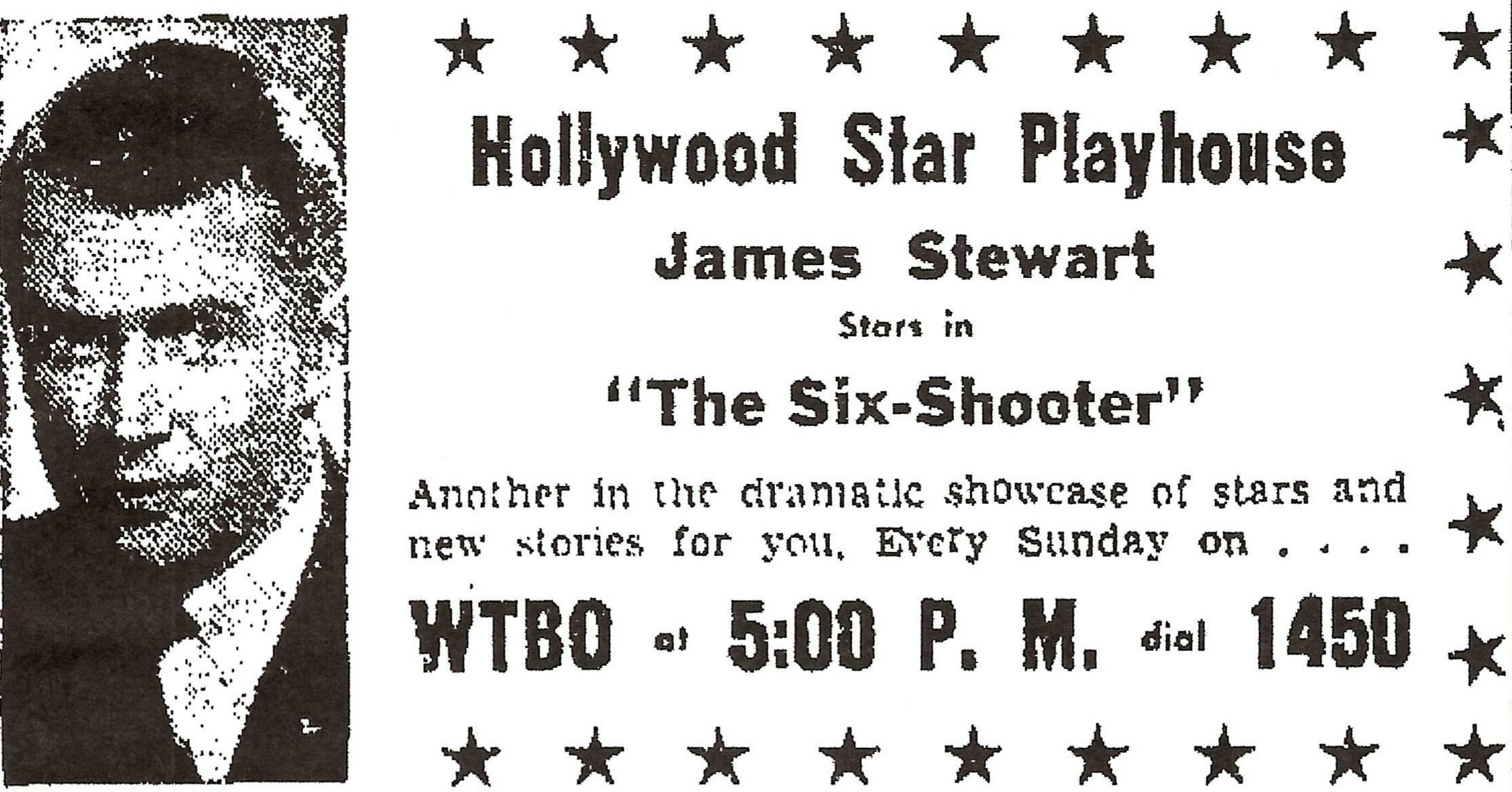 This preview of the show, and a separate display ad, are from the La Crosse Tribune, La Crosse, WI:

Stewart opens the show and also delivers some of the credits at the end. Here’s the complete program, with the original commercials.

NBC would later turn The Six Shooter into a regular weekly program for the 1953-1954 radio series.

We have recently come into possession of the following photo of Mr. Stewart: 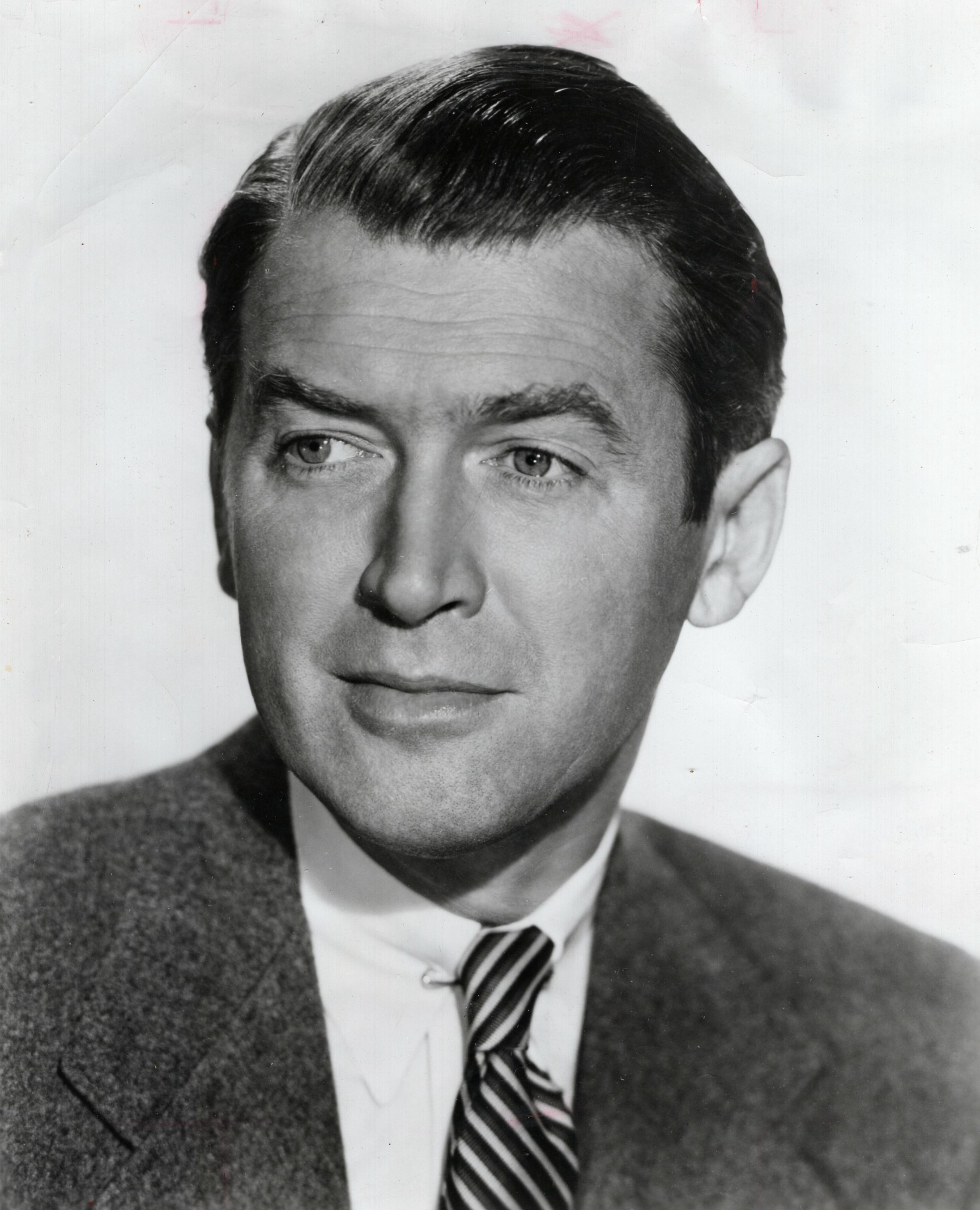 A small tag glued to the back of the photo identifies it as a publicity shot for this show.