Jimmy Stewart was the guest on this show’s premiere episode, broadcast on October 2, 1944. The CBS show was broadcast Mondays from  7:15-7:30 pm. The show was sponsored by Armour and Company. The program’s music was supplied by Dick Aurandt at the organ and Lew Maury playing the piano and celesta. The show had the same basic premise as Hopper’s earlier show, Hedda Hopper’s Hollywood.

The following story is from The Des Moines Register, Des Moines, IA, on the day of the broadcast. It still refers to the show by its former name, Hedda Hopper’s Hollywood. 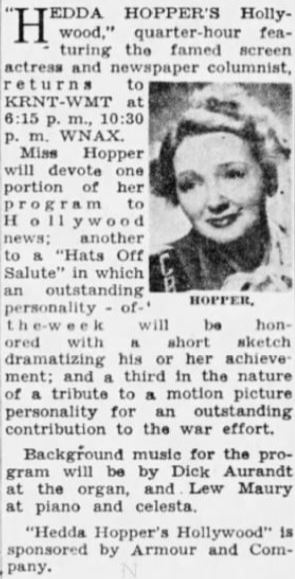 This generic ad also appeared in many newspapers, including The Morning Herald, Uniontown, PA. 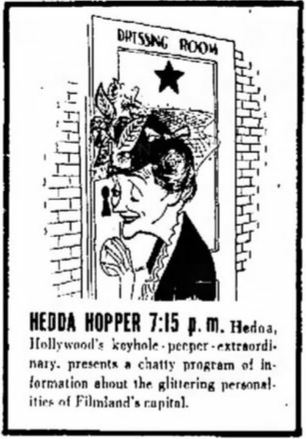 No audio for the Stewart show is available. There is a script, but to date, we have not been able to obtain a copy.