This show is also known under the titles Step Brothers, Man on the Run and Fifty Yard Canyon. Also heard in this program are Frank Gerstle as Art Hemper, Shepard Menken as Sam Bittley, Bill Johnstone as Sheriff Vale and Howard McNear as George Crump.

There are two things to listen for in this day’s show. First, Hal Gibney answers a question ask by many listeners – where can they get a recording of the show’s theme song, Highland Lament, which was written by Ralph Vaughan Williams? Gibney explains that the music was recorded especially for the show and is not available on record. One newspaper columnist, Bill Doudna, even wrote in his column of February 9, 1954, about the unavailability of the song: 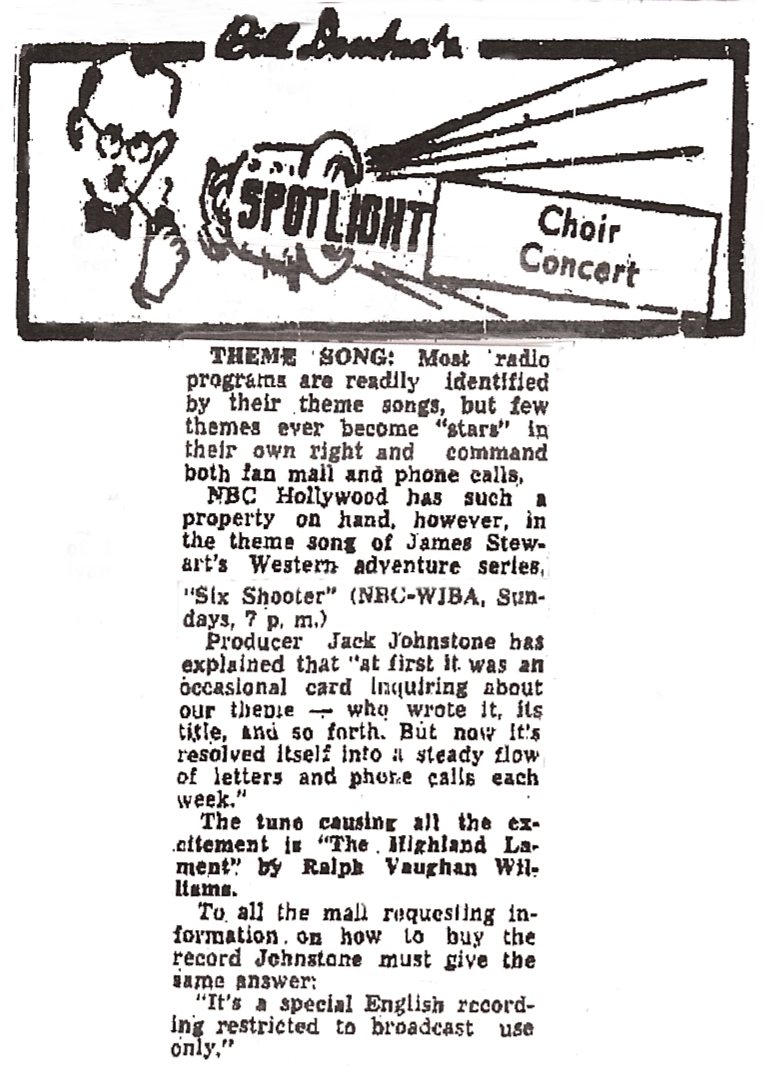 An articvle in the March, 1954, edition of KFYR Dialites magazine, published by radio station KFYR, Bismarck, ND, also explained why no recording of the song was available for sale. 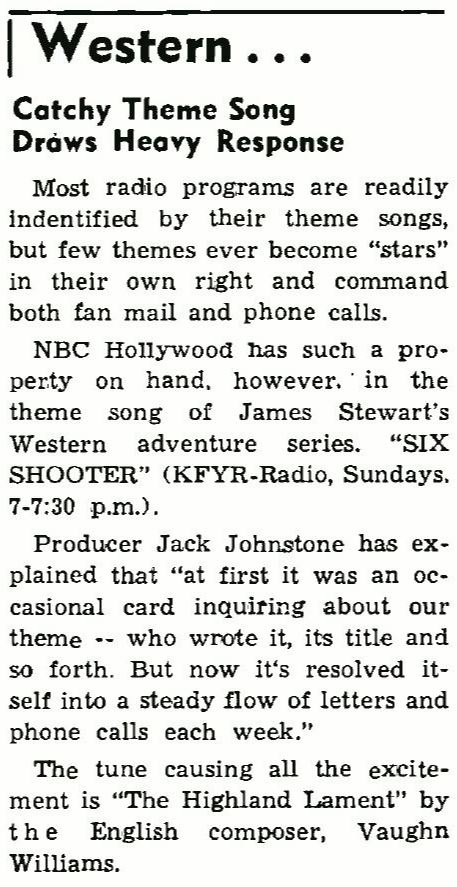 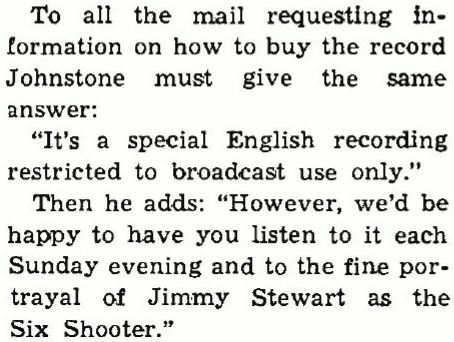 Second, Gibney promotes the fact that the current issue of McCall’s magazine has a story about the Stewarts and their twin daughters, Judy and Kelly.

All the preview you will need before listening to this show was found in the January 3 1954, edition of The Times Recorder, Zanesville, OH: 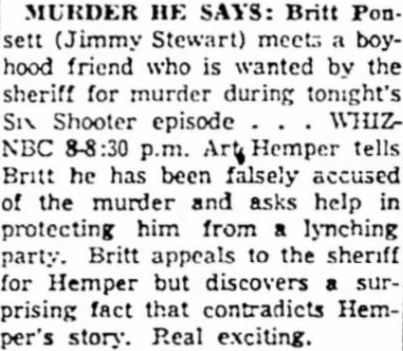