Jimmy Stewart’s The Six Shooter series was released on cassette tapes by Radio Showcase in 1986. The J-card used in the cassette cases were generic and all were like the one below.

The cassette labels were rather plain and just featured the show’s title and the date of the original broadcast. 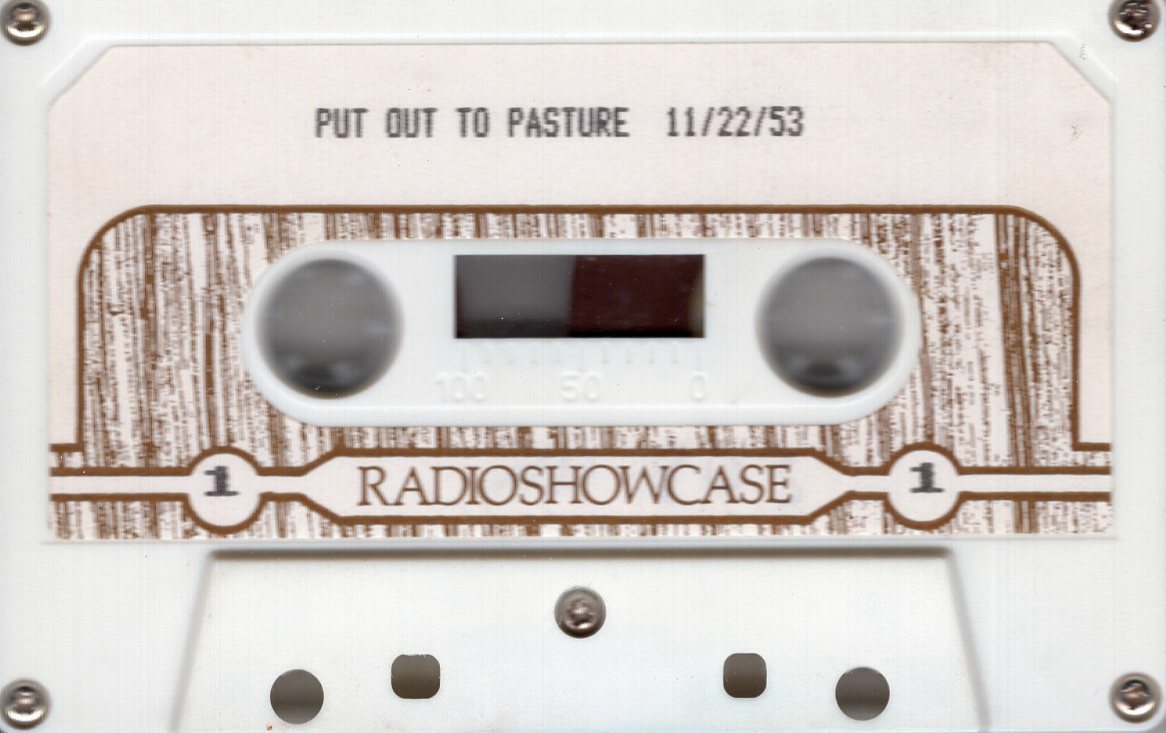 Although it’s a safe bet that the entire series was issued, at this point, we only have seven cassettes in our collection. Below is a list of what we have. Starting on the left is the release number, the title shown on the cassette, the broadcast date and the most common name associated with the show.