In 2002, Radio Spirits began issuing a series of single CD’s, each featuring two of old-time radio’s greatest shows. The CD’s were housed in a special cardboard sleeve with the opening at the top. The sleeve also had two holes punched on its left side. Radio Spirits also produce a special 4-ring binder in which the CD’s could be stored. 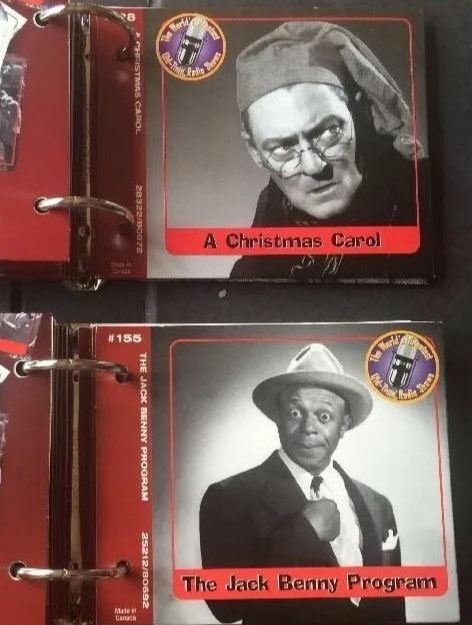 Jimmy Stewart’s The Six Shooter was #41 in the series. 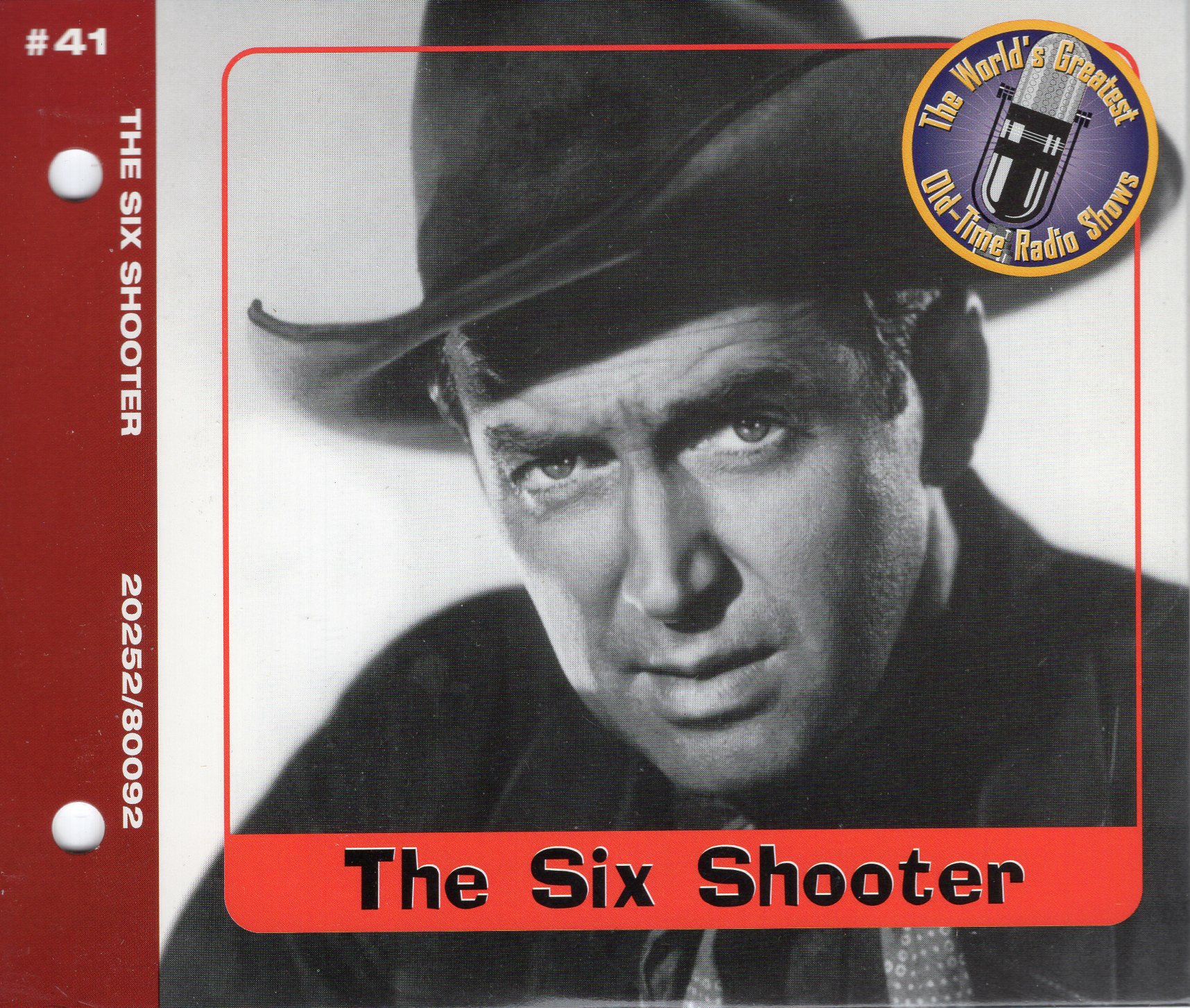 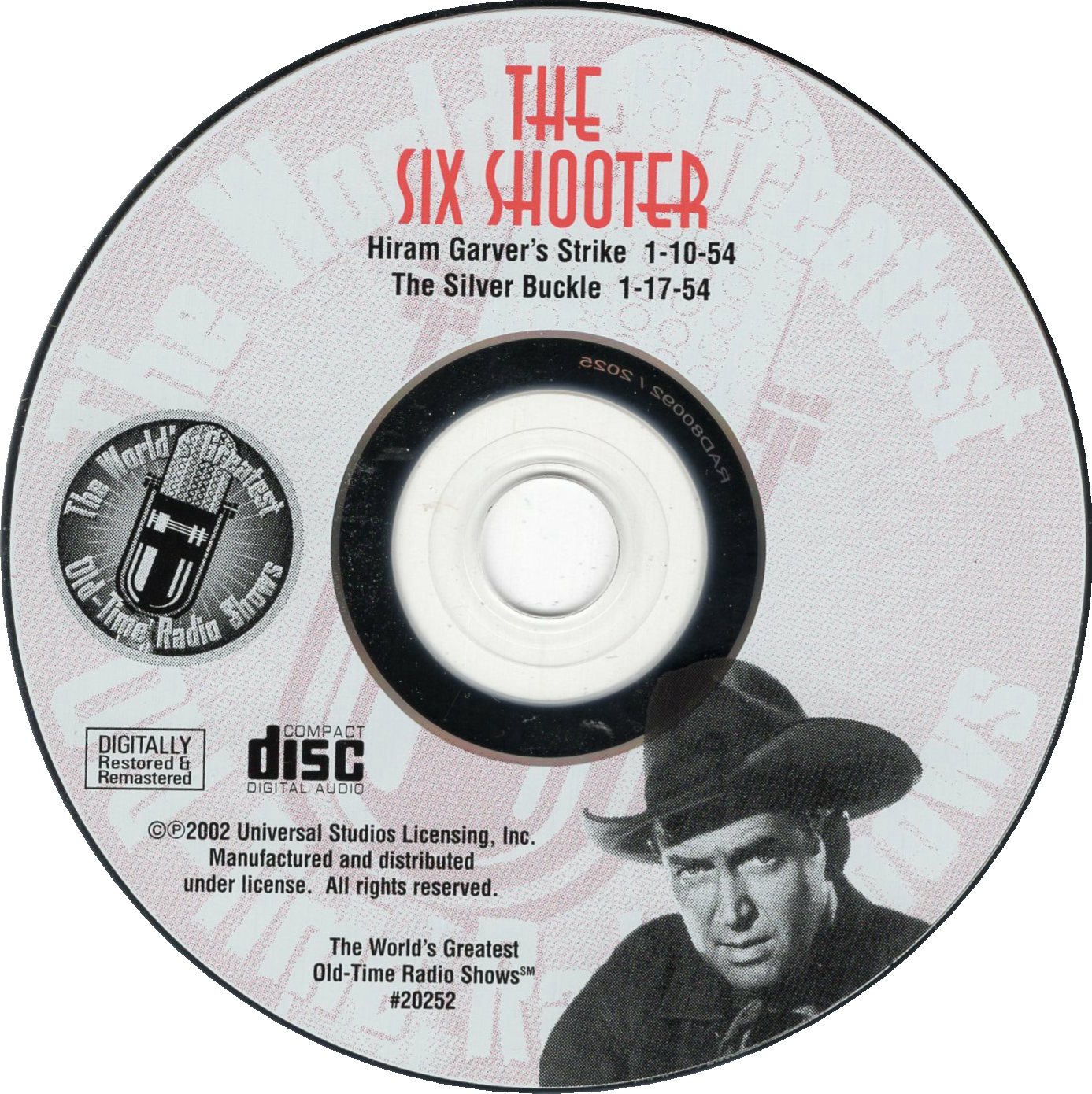 The two shows included on the CD were: Hiram Garver’s Strike (aka Hiram’s Gold Strike), from January 10, 1954, and The Silver Buckle, which was originally broadcast on January 17, 1954. 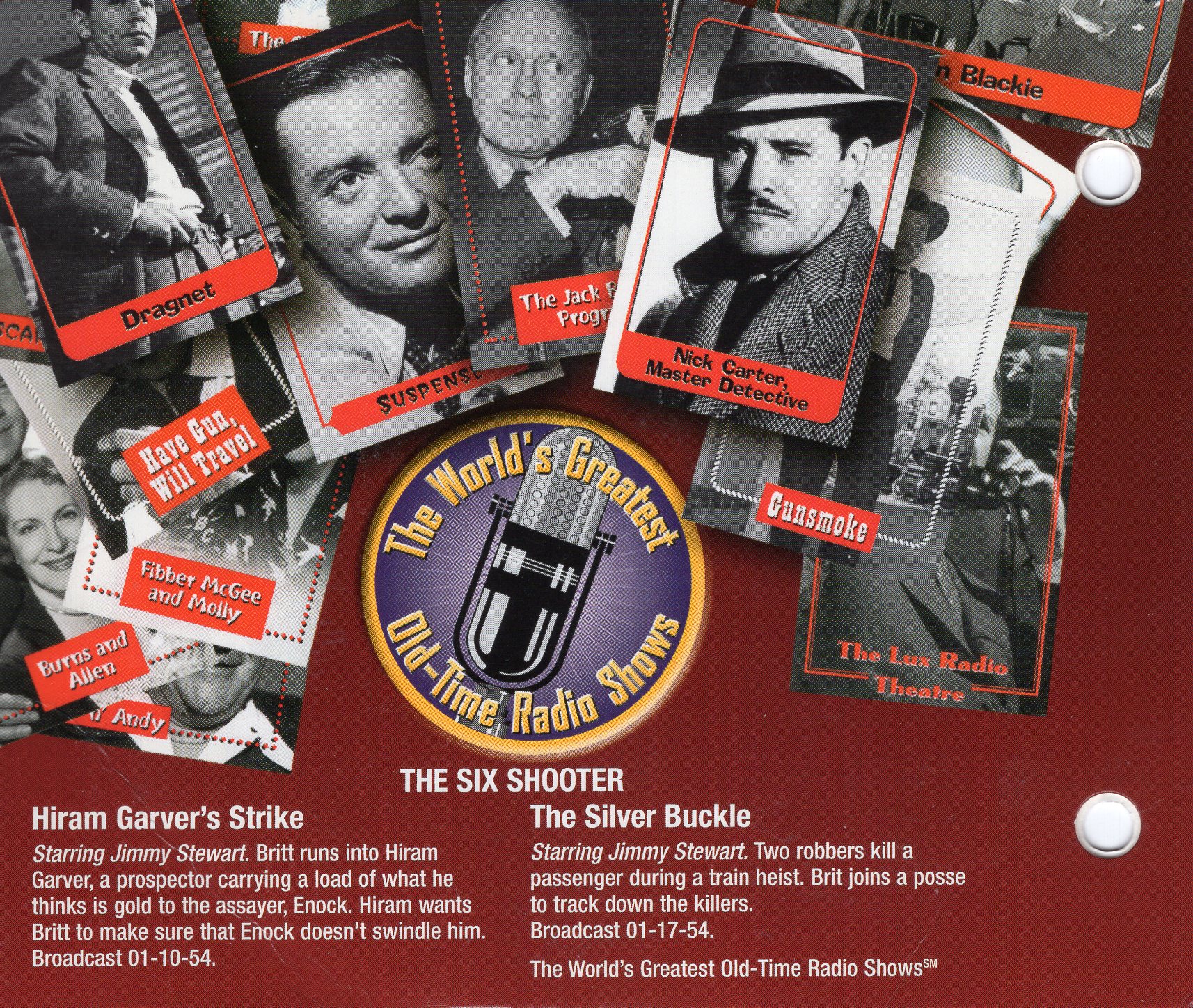