In 1942, The Office of War Information’s Office of Facts and Figures went to the broadcast networks to pitch the idea of their supplying blocks of airtime for getting war messages out the their listeners. The CBS answer to this plea was Victory Theatre. It aired just eight episodes, each one an extra performance of eight of the top CBS programs of the time. 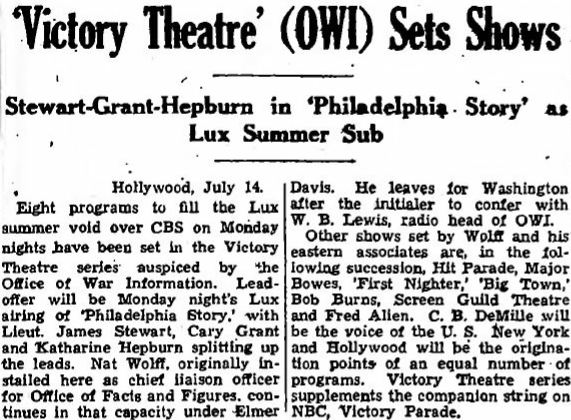 The first Victory Theatre to be presented was on July 20, 1942. It was an extension of the Lux Radio Theater. Like that show, it was hosted by Cecil B. DeMille and followed the general format of the Radio Theater. The play staged was a version of the 19 month old film, The Philadelphia Story. Five of the film’s stars were in the radio adaptation – Jimmy Stewart as Macaulay Conner, Katharine Hepburn as Tracy Lord, Cary Grant as C.K. Dexter Haven, Ruth Hussey as Elizabeth Imbrie and Virginia Weidler as Dinah Lord. There are also several other voices you may recognize – Gale Gordon plays the role of George Kittredge and Verna Felton is the librarian.

Newspapers gave much space to the premiere of Victory Theater as evidenced by some of the clippings below: 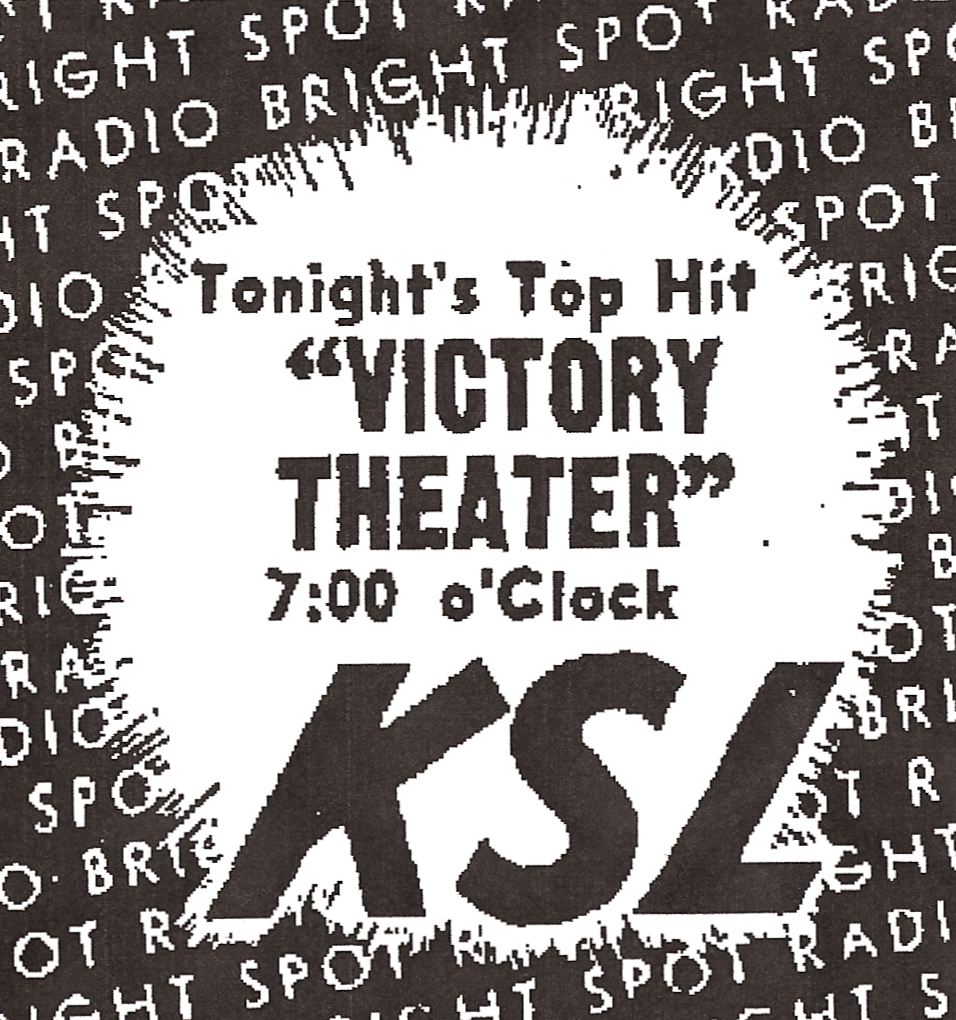 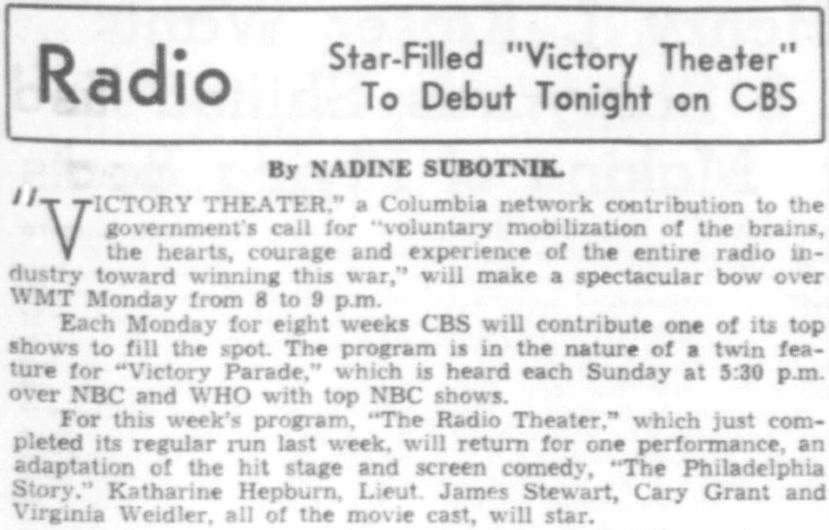 In its August 1st 1942, edition, Billboard magazine published this review of the program: 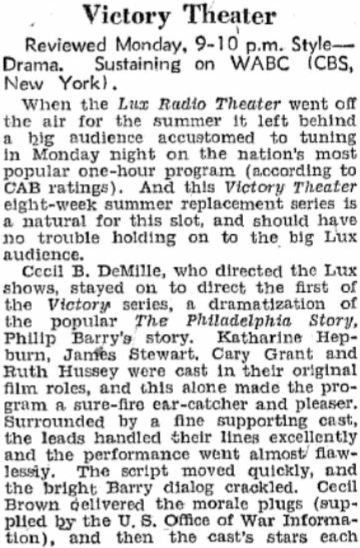 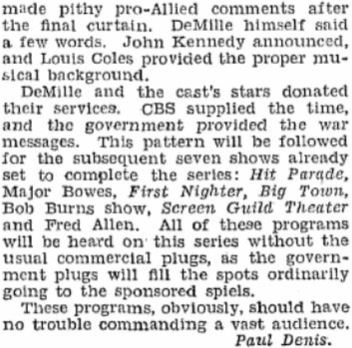 Presented in three acts, here is The Philadelphia Story.

Today (March 7, 2017) we are adding this recently discovered photo from Tune In magazine (May, 1943). It shows Stewart, Ruth Hussey, Cary Grant. Katherine Hepburn and Cecil B. DeMille. 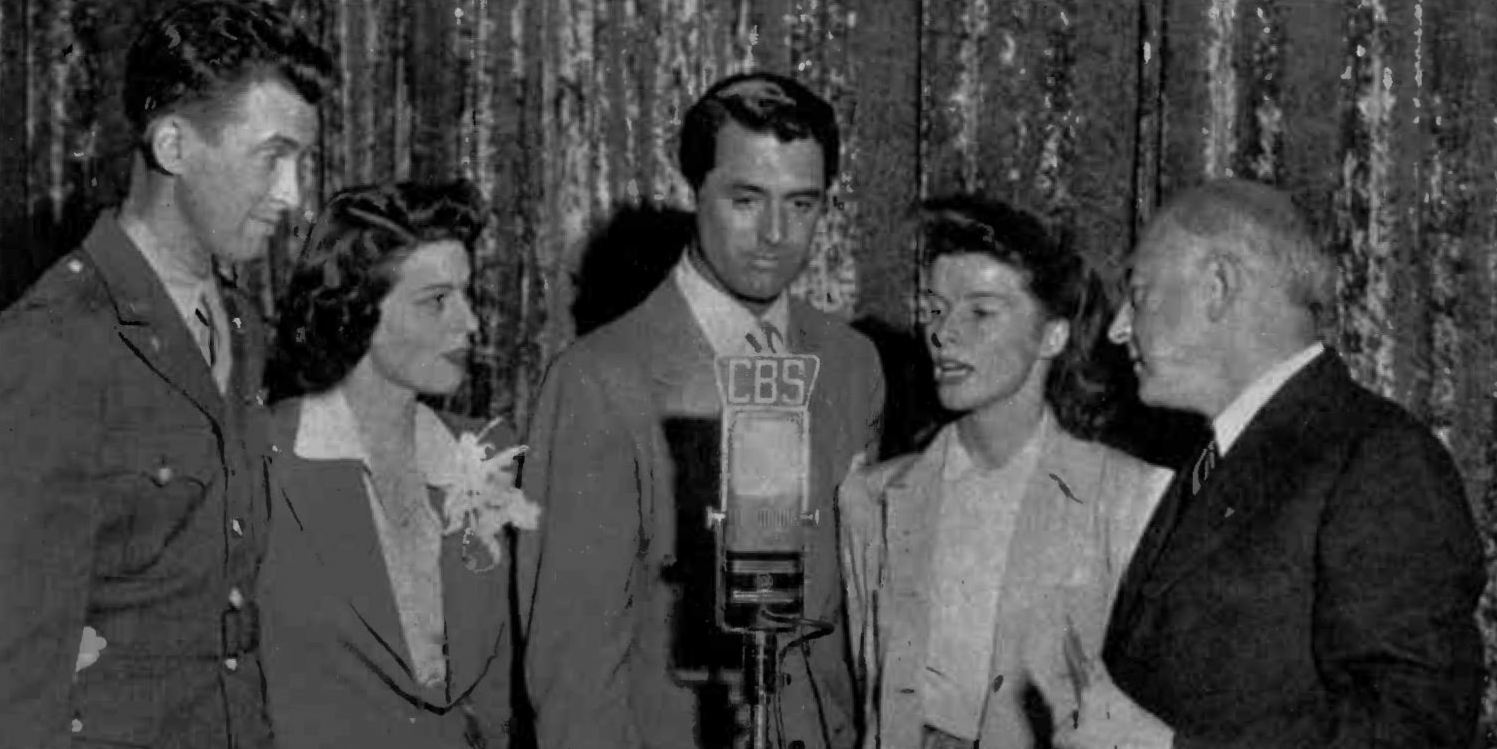