For the 1959 American Cancer Society Crusade, Stewart appeared along with Clark Gable, Jane Wyman and Betsy Palmer on a spot which ran about 19 seconds. It was Band 11, on a special 16-inch, 33 1/3 RPM disc. 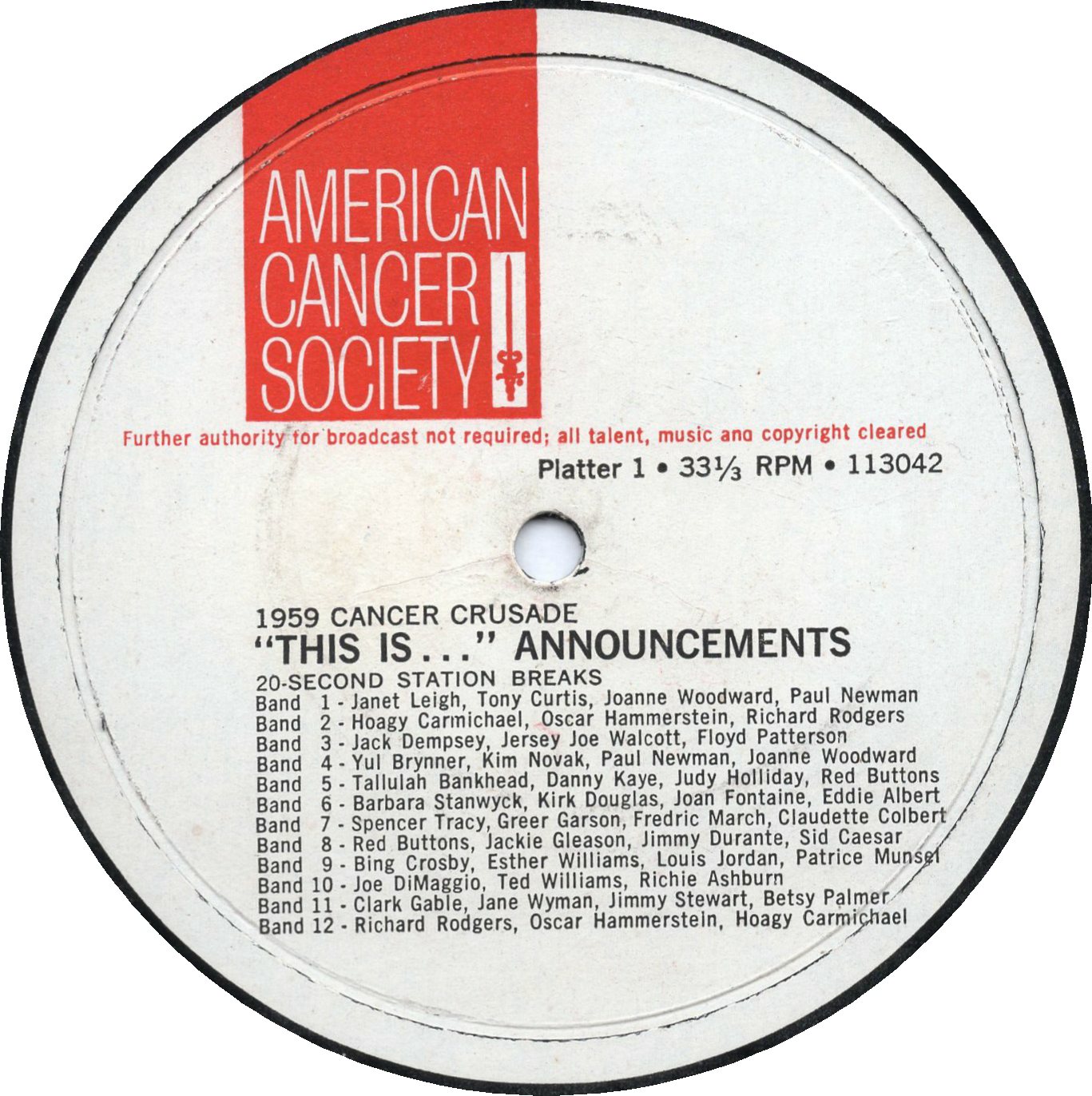 Three or four celebrities appeared on each track. The first two or three, including Stewart on his band, simply said, “This is…” and gave their names. The final person in the list gave the actual message. That was Betsy Palmer on this track.