After discovering the Spanish Bell, Book and Candle EP by the Candoli Brothers, we did a little searching and found that the brothers had also issued an album in the U.S. with a connection to the film. The 1962 album was titled Bell, Book & Candoli and was released on the Dot label (3168). 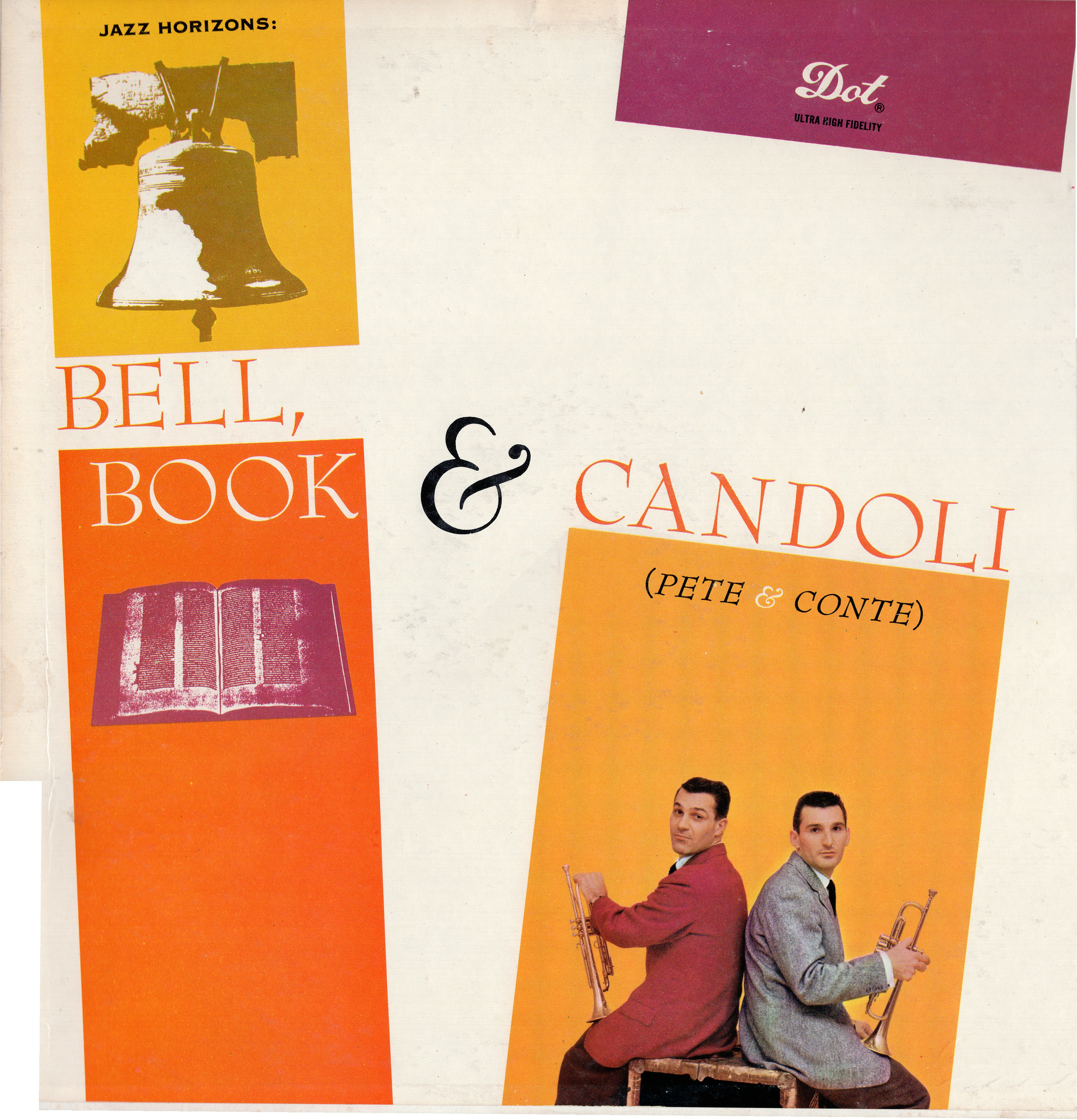 The first track on side two of the album was titled Bell, Book and Candoli (Pete Candoli). 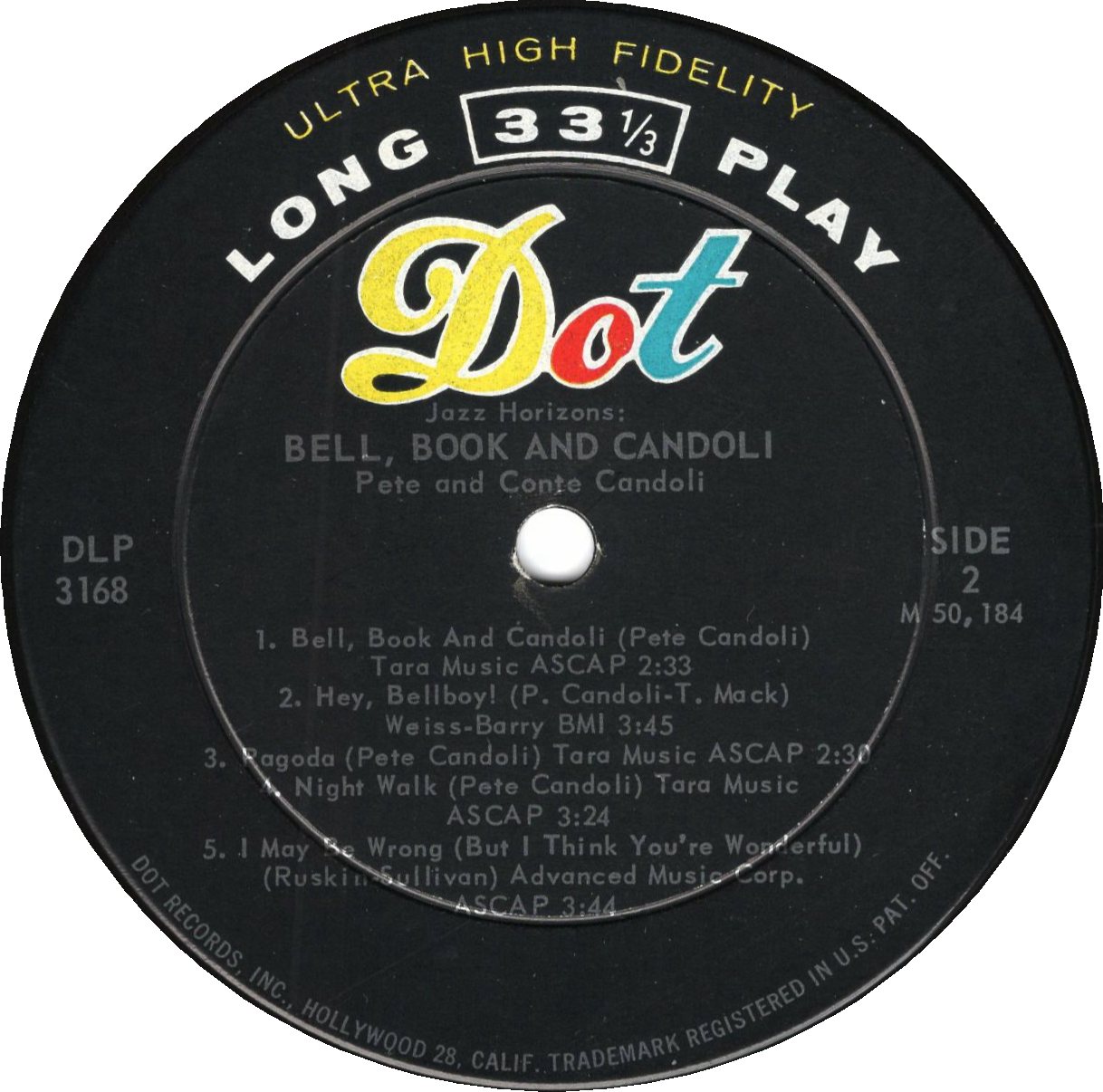 Further linking the album to the film is this sentence from the album’s notes, “Without benefit of cat, broom, or incantation, the Brothers Candoli have invoked their own particular brand of witchcraft and have here wrought exciting miracles.”

Here is Bell, Book and Candoli.