With The Six Shooter about to go on the air, it was announced that Coleman Heaters would be sponsoring the program for the first four weeks of broadcasts. Actually, they would be sponsoring three new NBC programs during this time period – Barrie Craig, Confidential Investigator, The Eddie Cantor Show and the Stewart show.

To promote the shows, Coleman was to run a “bonus sale.” Local Coleman dealers were asked to tie-in with this promo by the use of this special record. The 10-inch, one-sided, 78 RPM record (GRC 2678) was prepared and sent to dealers. 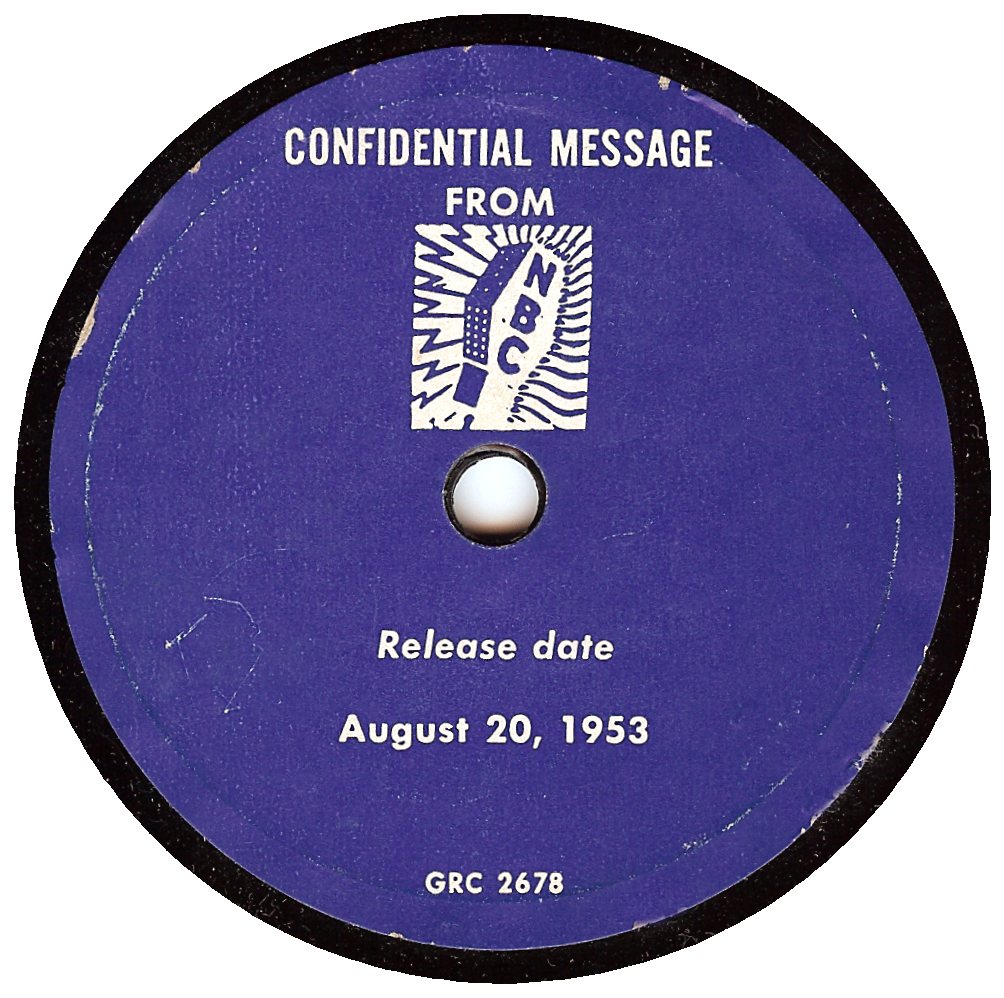 The first voice to be heard on the recording was that of Lou Marks, the heating equipment sales manager for Coleman. He told dealers that Coleman would be sponsoring the three programs during the bonus sale to help them sell more heaters. He then introduces Ham Fisher of NBC who gives a few details about each of the shows. Marks then returned to again ask dealers to tie-in with the promotion by advertising on their local radio stations.

Special Coleman ads were also prepared for newspapers. These also promoted the sale as well as the three radio shows. Here are three examples: 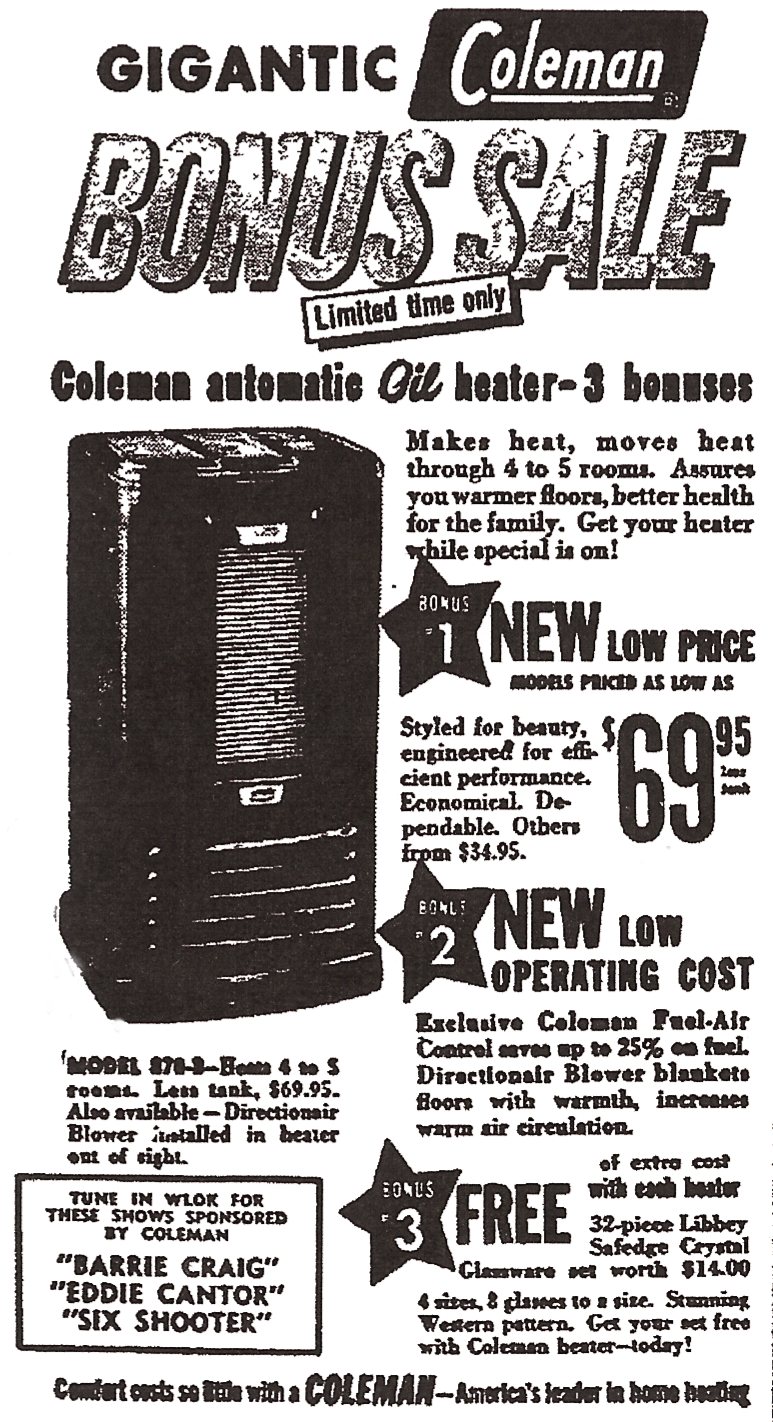 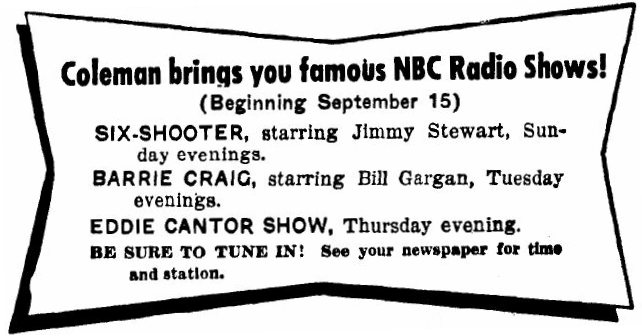